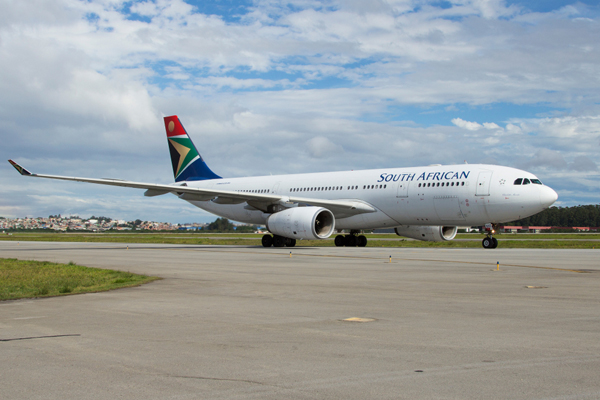 South African Airways was due to be restoring a full flight schedule in stages over the weekend following a pay dispute with unions which shut down much of its network.

The reinstatement of services was made possible due to a deal including a near 6% pay rise reached to resolve the dispute between SAA and a coalition comprising the National Union of Metalworkers of South Africa and the South African Airways Cabin Crew Association.

The airline hoped to operate a near normal service on Saturday but with selected cancellations on the domestic network and a small number of regional flights.

SAA was expecting to operate its full schedule as usual yesterday (Sunday).

The agreement was reached on Friday following a week of flight disruption.

Acting CEO Zuks Ramasia said: “This deal, particularly the fact that we offered a 5.9% salary increase amidst grave financial challenges, is to recognise the company’s employees for the important contributions they make to the overall success of the company, economic development, and inbound and outbound tourism.
She added that the business environment over the past year has been very difficult and challenging for most businesses, including SAA.
“Global economic growth remains largely anaemic. The impact is being felt by most markets where the growth picture is fluid.
“As South Africa’s number one airline, we look forward to implementing this constructive agreement that helps SAA to enhance its competitiveness whilst preserving and protecting jobs,” Ramasia said.

The carrier’s chief commercial officer Philip Saunders added: “We are delighted to be able to announce a resumption in normal schedules.

“On behalf of SAA, I would like to express our deep regret at the inconvenience caused to our loyal customers during this industrial dispute.

“We will continue to assist those passengers, that have still not been able to travel, to reach their intended destination as soon as possible.

“At the same time, I would like to express our commitment to return to the skies with renewed passion and energy to serve all our customers.

“We also thank our airline partners, Mango, Airlink and SA Express, for assisting us during this difficult period.”