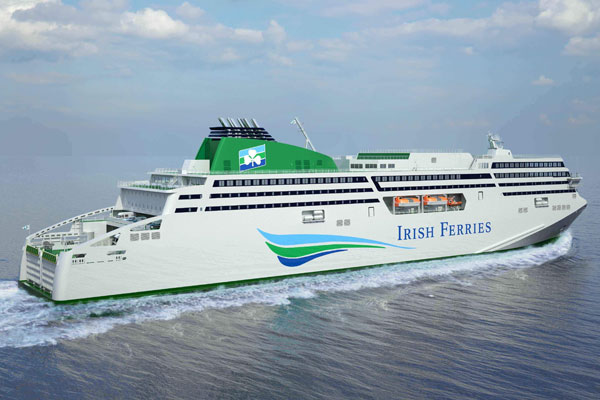 Brexit uncertainty continues to have a negative impact on consumer sentiment, the owner of Irish Ferries warned today.

Irish Continental Group reported a 7.1% rise in total ferry revenues to €184.3 million in the year to October 31.

This came as car carryings by Irish Ferries increased by 1.6% year-on-year to 370,700 despite the suspension of sailings by a fastcraft ferry over the winter low tourism season.

The entry of new ferry W B Yeats into service in January to replace previous vessel Oscar Wilde “improved schedule integrity following the significant disruptions in the second half of 2018”.

The company said: “There is continuing uncertainty over the timing and manner of the proposed exit of the United Kingdom from the European Union.

“During the period the group experienced some volatility in carryings as key Brexit dates were approached and subsequently postponed.

“The overall effect of this continuing uncertainty is generating negative impact on consumer sentiment and trade flows as investment decisions are delayed.”

The ferry Oscar Wilde was sold in April for €28.9 million following new-build W B Yeats entering service in January.

A second new ferry is due to be delivered in late 2020 on the Dublin-Holyhead route alongside the existing Ulysses with chartered ship Epsilon being returned to its owners.