Dominica is the Caribbean, but not as you know it, writes Nigel Tisdall.

In today’s business speak, Dominica would be dubbed a ‘disrupter’ island. Rising up between Martinique and Guadeloupe, this green and mountainous former British colony shuns the Caribbean holiday clichés.

Most beaches have black, volcanic sand, there are no monster, all-inclusive resorts and only a few cruise ships swing by. Two years ago, it was hammered by the 160mph winds of Hurricane Maria, leaving a near-apocalyptic landscape of roofless homes, snapped bridges, leafless forests and debris-strewn reefs.

Now the fortunes of the ‘nature island’ are on the up, thanks to a trio of new upmarket hotels and increasing demand for healthy, active and eco-friendly holidays in destinations that feel authentic and uncommercial.

With slow and winding roads, magnificent peaks soaring to 4,747ft and exhilarating experiences such as diving with sperm whales and hiking to the second-largest hot-water lake in the world, travel in Dominica is a guaranteed adventure – but one still spiced with the tropical warmth, vivid flora and charismatic people that make this region such a hit with British travellers. 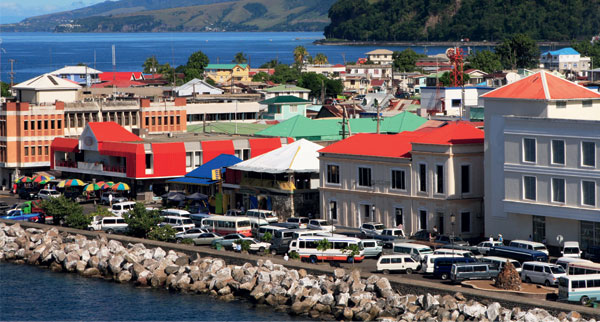 Almost twice the size of Barbados, Dominica is all about immersing yourself in splendid mountains, rampant rainforest and thundering waterfalls – according to the tourist board, the island has 365 of them.

At the heart of the island, Unesco-listed Morne Trois Pitons National Park is home to a cluster of natural attractions that can be reached on restored trails. Some you can do under your own steam, such as to Middleham Falls which culminates in a tremendous 275ft cascade, but I’d recommend booking a guide such as Peter ‘Bushman’ Green for the challenging 12-mile round trip ($60 per person) to the huge, bubbling cauldron that is Boiling Lake. Knowledgeable and enthusiastic local experts are a key reason why travel here is so satisfying, from taxi drivers offering round-island tours to naturalists and historians. Spend a few hours in the rainforest with Bertrand ‘Dr Birdy’ Jno Baptiste ($150 for two) and you’ll learn everything from how birds survive hurricanes to the importance of the sisserou, an endemic Amazon parrot featured on the national flag. 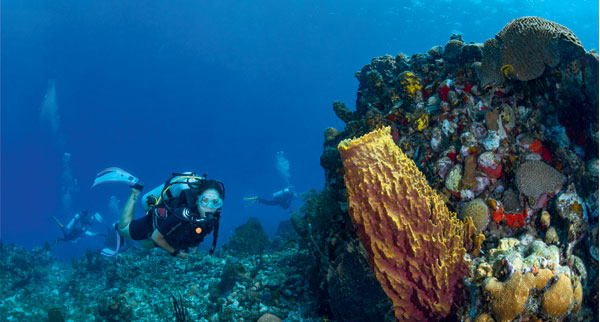 Off the coast, divers can explore impressive walls, pinnacles and wrecks in uncrowded waters with excellent visibility, while snorkellers will love Champagne Reef, where bubbles emerging from subterranean geothermal springs create an entertaining underwater fizz.

Heritage is another engaging attraction and the ramshackle capital, Roseau, is an atmospheric warren of narrow streets with tottering wooden houses, time-lashed churches and unpretentious restaurants serving hearty local fare such as fish, curries and goat.

Britain and France fought over Dominica for centuries and the Cabrits National Park has an impressively restored 18th-century military garrison, Fort Shirley, with excellent information panels.

On the east coast, Kalinago Territory is a 1,500-hectare reserve established in 1903 for the last indigenous people of the Caribbean. Historically described as Caribs, but today known as Kalinago, they are of Amerindian ancestry. Out of a community of 3,500, about 10% still claim pure blood, and a visitor centre at Kalinago Barana Autê has exhibits and activities devoted to their history and traditions. 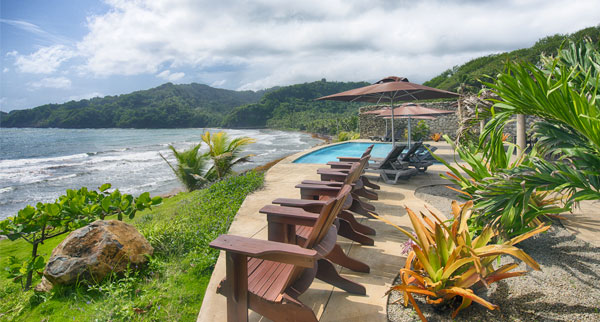 Dominica’s hotel stock has been steadily recovering and expanding since hurricane Maria. Secret Bay, the island’s most prestigious property with six eco-luxury villas set on a promontory near Portsmouth, relaunched a year ago with the addition of a yoga pavilion and intimate ‘no menu’ restaurant focusing on local produce.

“Although some attractions, such as Emerald Pool, get mobbed by cruise ship visitors, Dominica never feels crowded.”

Also worth considering is Pagua Bay House, only 10 minutes from the airport, with six oceanfront cabanas and a restaurant in an industrial-chic style. Forthcoming developments include the return in February 2020 of Rosalie Bay Resort, a 28-room eco-hotel set beside a beach renowned for turtle watching.

Fort Young Hotel, which sits on the waterfront in Roseau, is in the final phase of a restoration that will see it offer 100 four-star rooms by October 2020.

How to sell it

Most travellers fly into Antigua then continue to Dominica with local airline Liat (40 minutes), a journey also possible via Barbados. Twin-centre holidays are an attractive sell, pairing beach time on a more familiar island with an active holiday on Dominica. The island will also appeal to Caribbean regulars who want somewhere new, while its eco-credentials – most apparent at Secret Bay and Jungle Bay – will chime with others.

“February to April gets the least rainfall and is also a good time for whale-watching.”

Although some attractions, such as Emerald Pool, get mobbed by cruise ship visitors, Dominica never feels crowded or sold out to the tourist dollar. Between January and May this year, the island welcomed 154,286 cruise passengers, but only 2,222 land-based visitors from the UK.

February to April gets the least rainfall and is also a good time for whale-watching, while major events include Carnival (February 24-25, 2020), Dive Fest in July and the World Creole Music Festival in late October. For details of Dominica’s online travel training, information about packages, diving and getting around, go to discoverdominica.com/en/travel-trade. 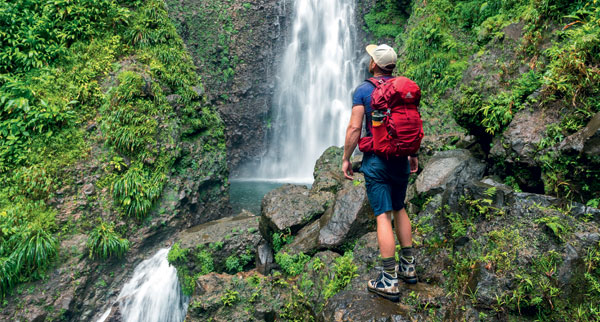 Waitukubuli National Trail is an epic, 115-mile hiking trail that runs the length of Dominica, weaving through forests, crossing rivers and following cliffs. While it takes two weeks to walk the entire route, many visitors arrange guided excursions to individual sections to admire its birds, trees and flora.
waitukubulinationaltrail.com