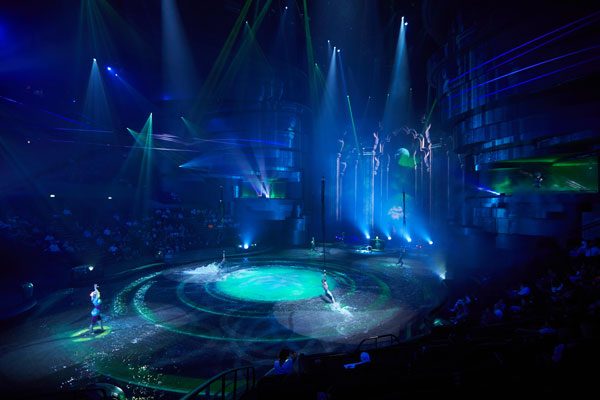 Visual spectacular La Perle by Dragone is the first permanent show in the Middle East. Laura French went to check it out.

Strobes of glaring white flash like forks of lightning, and the music builds to a crescendo, the beat of the drum ricocheting around the theatre so I feel like I’m in a real-life thunderstorm.

A pearl drops into the water, turning it a vibrant, cobalt blue, and acrobats glide, ethereally across the glistening stage.

“A group of motorcyclists whizz round the inside of a huge metal sphere, doing gravity-defying loop-the-loops.”

It’s the brainchild of Franco Dragone – the mastermind behind Le Reve in Las Vegas, as well as several Cirque du Soleil shows – and you can see the Cirque influence with wonderfully creative staging, impressively choreographed acrobatics and plenty of light-hearted, comic moments (in the form of a rotund, bumbling jester) that give it appeal for kids as well as adults.

It’s Dubai’s first resident show, scheduled to run for at least the next 10 years in a purpose-built ‘aqua theatre’ that allows for impressive theatricality, with water, floods and fire.

The acrobatics and stunts are seriously impressive; at one point a man from the audience suddenly jumps onto a giant spinning wheel and starts performing tricks that don’t look humanly possible (turns out he’s not your average Joe).

At another, a group of motorcyclists whizz round the inside of a huge metal sphere, doing gravity-defying loop-the-loops as projections of planets glow out behind them and crashing, percussive music builds the tension. 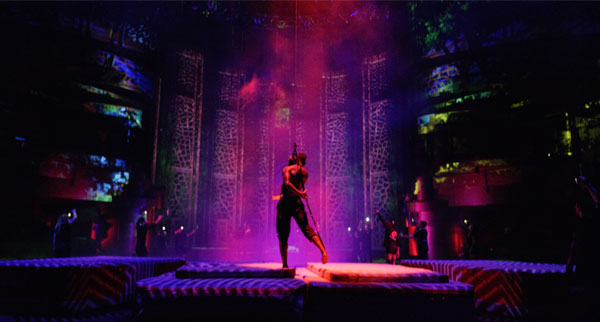 Elsewhere, there’s everything from contortionists dangling on trapezes to performers flying across the stage, plopping into the water from a vertigo-inducing height, with a romantic love story (and plenty of Arabian references) at the heart of it.

But it’s the way all the elements come together that makes it stand out, with powerful, transporting music performed by a live orchestra, beautifully choreographed dancing and elegant, magical lighting creating a spectacle like I’ve never seen before.

This was the highlight of my trip to Dubai, and I’d seriously recommend it for anyone wanting to be stunned into a mesmerised silence for a solid hour and a half.

La Perle by Dragone takes place at 7pm and 9.30pm five days a week in Al Habtoor City, with tickets from £67.
laperle.com/en