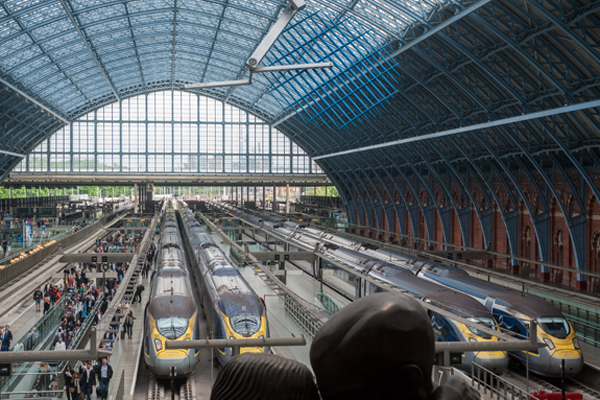 Eurostar faces four days of disruption next week due to a strike by French railway workers.

Services through the Channel Tunnel to France, Belgium and the Netherlands are likely to be hit.

The warning was issued by the Foreign and Commonwealth Office.

The rail disruption compounds the threat of a walkout by staff at Air France and the possibility of “severe delays” on French public transport next Thursday.

The FCO updated its travel advice for the three countries served by the high speed passenger rail service to and from London.

Referring to France, the FCO added: “Disruption and cancellations to Eurostar services between London St Pancras and Gare du Nord are expected.

“Other international rail services such as those to the Netherlands and Belgium could also be affected.”

For Belgium and the Netherlands, it said: “From Thursday 5 December to Sunday 8 December inclusive, Eurostar services are expected to be affected by industrial action by railway workers in France.

“Cancellations and delays are expected. You should check services before travelling.”

Eurostar said: “Trade unions in France have called for a nationwide general strike on 5 December 2019.

“The strike action will impact our ability to deliver the usual timetable as we expect disruption to signalling along all routes. As a result, we will now run a reduced timetable on 5 and 6 December.

“As this strike action will impact our trains and any onward connections in France, if you are booked to travel during the period from the 5–8 December, you can choose to postpone your journey free of charge.”