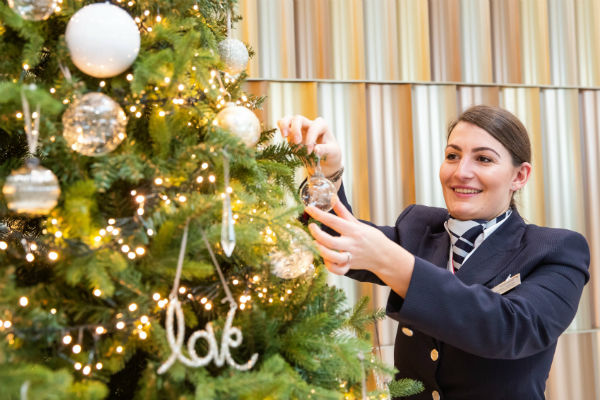 More than one million passengers are due to fly with British Airways over the festive period.

BA pledges to become ‘airline of choice’ for disabled travellers

BA has more than 210 flights scheduled for Christmas Day and 721 on new year’s eve.

The airline will deliver over 1.5 million bags across its network until December 27.

Brand and customer experience director Carolina Martinoli said: “We’re proud to fly our customers to every corner of the globe to reunite them with friends and family during such an important time of the year.

“We hope they enjoy the Christmas touches we have brought to their flights – helping our customers and colleagues get in the festive spirit.”

Podcast: Heroes of the high street, John and Irene Hays