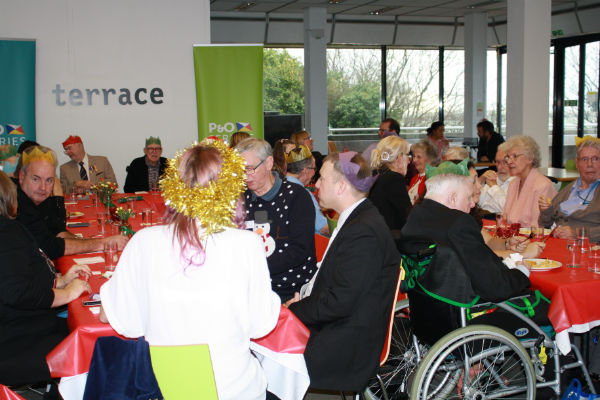 P&O Ferries hosted a group of former servicemen and women for Christmas lunch at its headquarters in Dover.

The ex-servicemen and women, some of whom served in World War Two, are residents of the the Royal British Legion’s Maurice House in Broadstairs, Kent.

Veteran Tony Brooks said: “P&O Ferries has been so generous I cannot thank them enough. As the former director of Thanet Male Voice Choir I found the choir’s performance especially moving.”

Jacqueline Burns, business transformation and communications manager at P&O Ferries, said: “We are proud to support the Royal British Legion and the work they do to support their community of Armed Forces people.

“It’s important that we don’t forget their unique contribution to our country, and it was a privilege to host them here at Channel House in Dover. It was a wonderful day.”