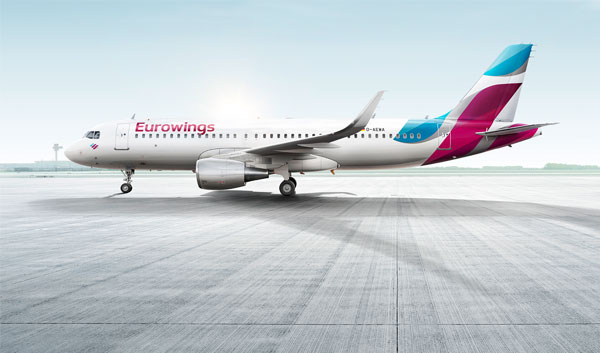 More than 180 Eurowings flights have been cancelled over the New Year period as a result of cabin crew strikes over pay and benefits.

Most of the Lufthansa-owned low-cost carrier’s affected flights are within Germany, but some services to Austria and Switzerland have been halted.

A list of affected flights has been published on the Eurowings website, and the airline said about 30 of the 180 flights that have been cancelled are operated by Eurowings’ subsidiary Germanwings.

Schedules at Cologne-Bonn, Munich, Hamburg and Berlin-Tegel airports are the worst hit.

Talks with the UFO union broke down at the weekend, with the union rejecting what is considered insufficient management concessions, the BBC reported.

It follows a cabin crew strike last month that resulted in the cancellation of 1,500 Lufthansa flights.

The UFO union is calling for higher pay and better benefits for its cabin crew members, and to make it easier for staff to get long-term contracts.

An arbitration process had been in place following last month’s strikes before talks broke down.