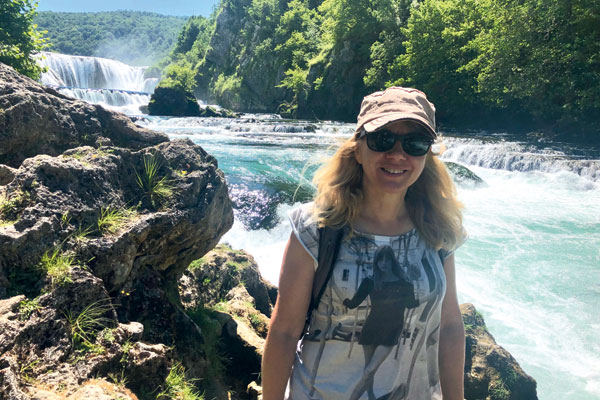 The beauty spot is a big draw, but its nearby villages are worth a visit too, writes Mary Novakovich.

At first sight, the Hotel Lyra’s ultra-modern facade is a bit incongruous, as I drive past street after street of ruined houses. This is Ličko Petrovo Selo, a mainly ethnic Serbian village in the Croatian countryside between Plitvice Lakes National Park and the Bosnian border. In August 1995, as the Croatian War of Independence neared its end, the village was bombed heavily, and a pre-war population of 2,000 had dwindled to about 120.

But what starts as a depressing story has a happier ending. Hotel Lyra, which opened last May on the site of the old village school, is a sophisticated, 58-room hotel full of sleek furnishings and eco-friendly practices. Determined to heal ethnic divisions, the Slovenian tour agency that owns it, Happy Tours, employs equal numbers of Croatians, Serbians and Muslims. 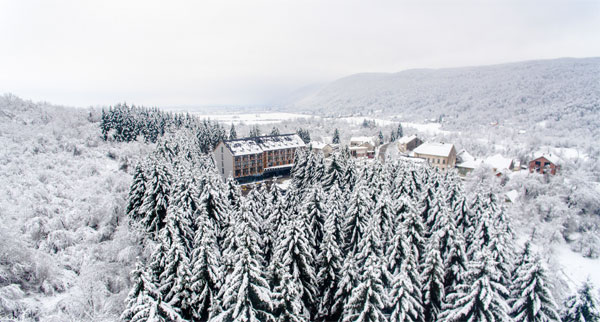 The hotel also has a foundation to restore Ličko Petrovo Selo one house at a time. I visit the first beneficiary, a tiny community centre that’s home to the Tara Citizens’ Association, a small collective of mainly elderly village women whose handicrafts are sold in the hotel’s souvenir shop. Their expertise is also put to use in the hotel kitchen, where their recipes are on the menu – including the standout dish, beautifully grilled trout. As with about 90% of the food, the fish is sourced locally.

A nearby observatory has got in on the act too, hosting stargazing evenings in this vast region of dark skies. And the hotel has kitted out some of the rooms with state-of-the-art telescopes.

The huge industry around the Plitvice Lakes, one of Croatia’s busiest tourist sights, is a world away from this quiet spot. After a day exploring the 16 lakes and countless waterfalls, I cross the border to Bosnia’s Una National Park, where kayakers and white-water rafters paddle in the River Una’s turquoise waters.

Closer to Hotel Lyra, I’m taken on a tour of an old Yugoslav military airbase, Željava, where I check out the old tunnels and wreck of a Dakota fighter jet. It’s another side of Plitvice Lakes – and one without the crowds.