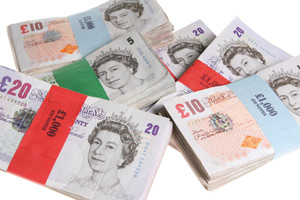 A group of homeworkers has won the right to claim thousands of pounds in commission after taking their former employer Holidays First to a tribunal.

The decision calls into question the controversial practice of withholding agents’ commission on forward bookings when they leave a company.

Homeworkers who work at Hays Travel are also forced to give up their commission when they move on. Those at Future Travel (now The Co-operative Personal Travel Advisers) can lose their commission too.

Bev Quinn (pictured), Emma Slatter, Chloe Creasey, Jane Taylor and Karen Evans took their case to an employment tribunal in Sheffield after each lost up to £4,000 in commission on forward bookings after they left the company, a Freedom Travel Group member. Holidays First Ltd is in liquidation, but Kwik Travel Group has bought the name.

The homeworkers argued that, despite being deemed self-employed in their contracts, they were workers for the company and entitled to the commission.

Employment Judge Little decided the five agents were indeed “workers” for Holidays First because it exerted a large amount of control by setting them targets. The agents have claimed back the money from administrators.

Quinn, who now works at Travel Counsellors, said: “It became apparent we were treated like workers. We were under a lot of pressure to meet certain targets and, when we couldn’t meet them, our commission was slashed.”

Quinn said other agents in the same position should take action. “There will be lots of people working for companies they don’t want to work for because they are scared of losing money. There’s no reason why they couldn’t do the same as us.”

Employment lawyer Harriet Bowtell from Russell, Jones and Walker Solicitors said a tribunal did not set a legal precedent, but the ruling could boost the chances of others in the same situation.