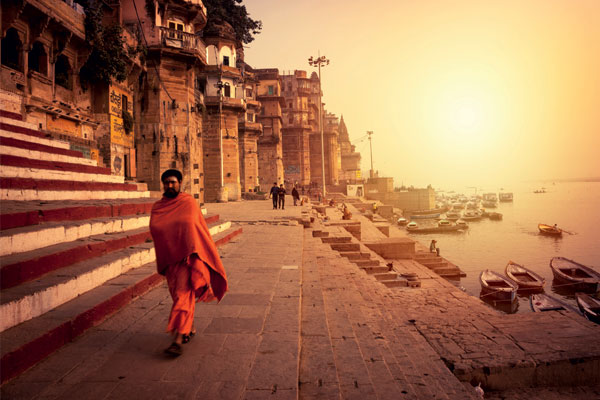 The Ganges is more than just a river – it’s the very essence of Indian life, finds Rachel Roberts.

For first-time visitors to India, the nation can be overwhelming and more than a little daunting – complex, frustrating, bewildering and sublime all in the same moment. After all, this diverse country is home to nearly 1.4 billion people, living in circumstances that range from grinding poverty to extreme wealth.

As a confirmed India fan (I’ve been lucky enough to visit six times so far), I’ve come to fully embrace this country’s perplexing contradictions, travelling by rail, tuk-tuk and bike, and staying in beach huts, basic hotels and homestays. So I was curious to sample the softer introduction on a Ganges cruise with Uniworld.

The seven-night luxury cruise is part of a 13-night tour, India’s Golden Triangle & The Sacred Ganges. I joined the rest of the tour group – predominantly wealthy Australian and American retirees and a sprinkling of Brits – at Kolkata to embark on the Ganges Voyager II (page 90), our elegant, colonial-style floating home for the coming week.

From here, the capital of West Bengal, we would take a round-trip north along an 80-mile stretch of the Ganges to discover ancient architecture, holy sites and local life.

If any of this already sounds familiar, TV presenter Jane McDonald helped garner publicity when she took the same journey on TV series Cruising with Jane McDonald, which aired last summer. 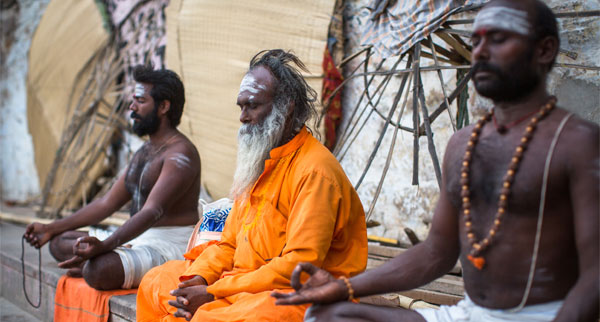 For those clients keen to embrace the wellness offering, healthy dishes were available (although an iron will would be necessary to resist the daily à la carte menus, featuring fragrant curries and Indian specialities alongside a selection of Western dishes). The gentle sunrise and sunset hatha yoga sessions, which took place on the sundeck with knowledgeable and friendly teacher Anuska, helped to establish an easy rhythm to our days, and ayurvedic massages, courtesy of the Lotus Spa, added a welcome level of pampering, too.

Unlike other over-timetabled cruises, our itinerary was perfectly paced. Each day generally offered one shore excursion, where we would hop on board our sampan, or small tender boat, to be ferried to the riverbank. On day two, we visited Kalna, renowned for its 18th-century terracotta temples, and our guide explained the significance of plaques depicting themes of Hindu epics alongside everyday life in the region.

“An iron will would be necessary to resist the daily à la carte menus, featuring fragrant curries and Indian specialities.”

To witness daily life in the 21st century, we only had to gaze out of the floor-to-ceiling windows in our staterooms or, for the lucky few, suites. The Ganges is a sacred deity in Hinduism – India’s predominant religion – and is known as Mother Ganga because of its life-supporting powers. We saw this in action every morning, drifting past villages and towns with ghats (steps) leading down to the river, where everyone bathed; women in jewel-bright saris, men in dhotis (a type of loose trousers) and children in undergarments. And nearby, cows, also sacred in Hinduism, quenched their thirst from the same water source.

Later in the day, peaceful rural scenes floated by on repeat: low-lying boats manned by solitary fishermen and women beating clothes against rocks on the riverbank. Further inland, workers crouched low in the rice and tea fields and lofty terracotta chimneys signalled a village’s ceramic industry. 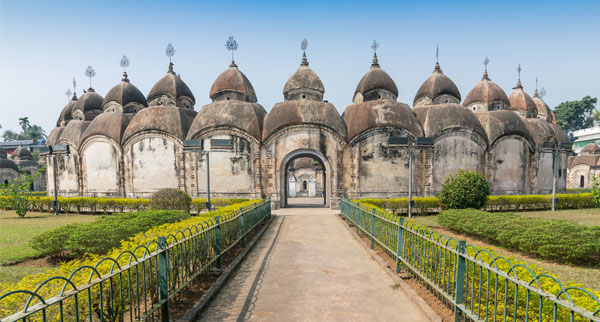 A personal highlight of the week came on day four with an afternoon excursion to the remote and rural village of Baranagar. Although the official focus was the 18th-century brick temples, widely considered to be the best examples of Bengal terracotta art, it was the village’s children who will linger longer in my memory.

Excited to have visitors – and the chance to practise their English – they kept us company, running off to bring freshly picked flowers as gifts for the women in the group. The unspoilt atmosphere is largely down to the fact that Uniworld is one of only two operators to include this utter gem on its itineraries.

“The 18th-century brick temples are widely considered to be the best examples of Bengal terracotta art.”

Post-excursion, there were plenty of lovely distractions – the turban and sari demonstration was particularly good fun, with passengers modelling the resulting garb – and traditional dance and music performances after dinner were professional and impressive. The group bonded and shared travel stories over fairly potent cocktails in the Governor’s Lounge, too.

And of course, there’s the temptation to soak up some rays on the sun deck or chill in your cabin; my personal concierge Mahendra made this pretty irresistible with his uncanny sixth sense of knowing just when my fridge was in need of another cold beer, or when I might fancy a plate of fruit. 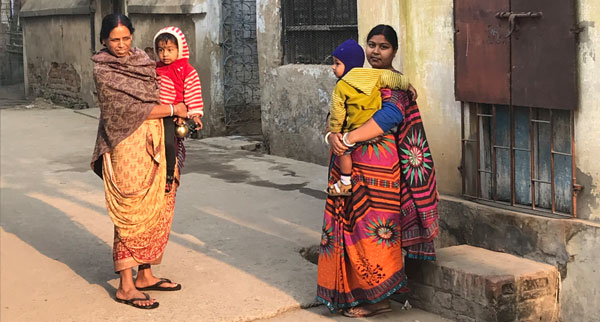 On the morning of our penultimate day, a majestic cerulean-domed temple shimmered on the horizon. We had arrived at Mayapur, regarded to be the place where Lord Krishna was reincarnated many centuries ago.

Today, it’s the headquarters of the Krishna Consciousness Movement and a devotee showed us around the vast complex, explaining their belief system as we walked. It might not chime on a spiritual level with everyone, but it was interesting nonetheless.

“Some members of our group were hesitant about the orphanage, but our fabulous tour manager handled it with ease.”

Likewise, the final day brought us back to Kolkata for a visit to a children’s orphanage founded by Mother Teresa. We’d spent the morning experiencing the glorious kaleidoscope of colours, sounds and scents of the city’s famous flower market, mingling with locals buying marigolds and jasmine as offerings to their Hindu gods.

Some members of our group were hesitant about the orphanage, but our fabulous tour manager Ajay handled it with ease, warmly encouraging them to use the time to continue exploring the city at their own leisure instead.

Of course, it’s this kind of attentiveness to the sensitivities of individual clients – and first-timers to India – that will ensure they feel comfortable and confident enough to return in the future. Not that I’ll need any persuading. 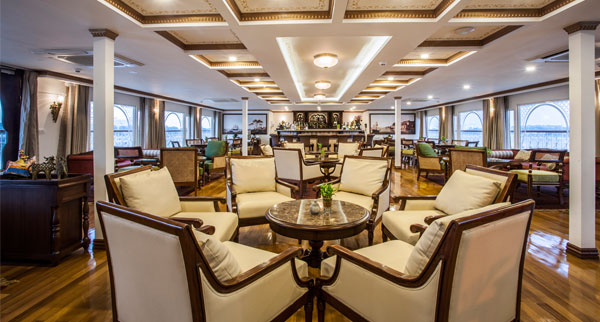 The three-storey vessel can accommodate 56 passengers and offers five suites (of between 280sq ft and 400sq ft) and 23 staterooms (261 sq ft). Elegant colonialstyle decor and handpainted murals feature in all, with floor-to-ceiling sliding windows to allow maximum sightseeing. Staterooms have rain showers, while suites offer baths and all come with Molton Brown toiletries. A pillow choice is available and all rooms have individual climate control.

Shared spaces include the sun deck, with colonialstyle solid wooden seats and recliners; the Governor’s Lounge, a stylish air-conditioned bar; and the East India Restaurant. The Lotus Spa offers ayurvedic massage by appointment, and there is a small fitness centre. 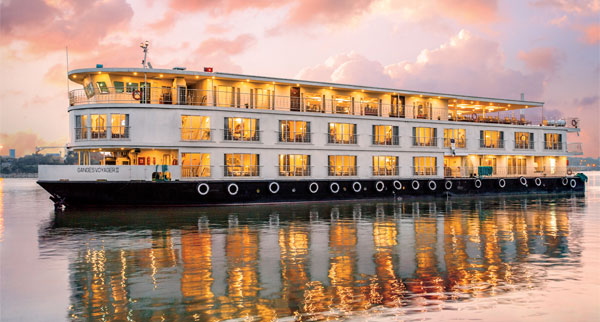 Uniworld’s 13-day India’s Golden Triangle & The Sacred Ganges land and cruise adventure from New Delhi to Kolkata is priced from £5,795, twin-share, departing December 5. The price includes flights, luxury Oberoi hotel accommodation on land, a river-view stateroom on board the Ganges Voyager II, all meals and a selection of beverages on board, plus shore excursions and transfers.
uniworld.com