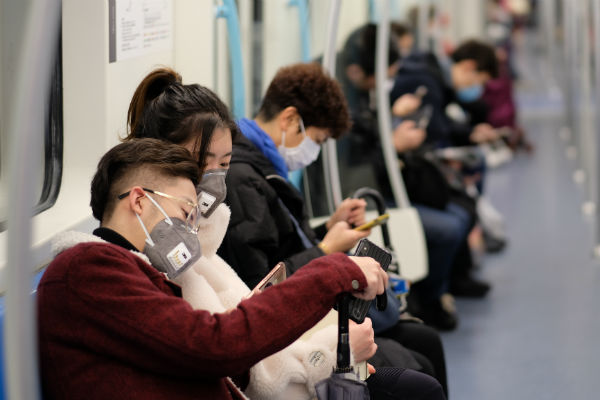 The World Travel & Tourism Council (WTTC) has called for more co-operation between public and private sectors to limit the impact on tourism to China amid the ongoing coronavirus outbreak.

The WTTC said the average recovery time for a destination from the impact of viral outbreaks was 19.4 months.

However, with “the right response and management” a destination could recover in “as little as 10 months”, the organisation said.

The WTTC said previous viral outbreaks had had a devastating impact on destinations.

The economic impact of swine flu was estimated to be up to $55 billion, with the loss to the Mexican tourism industry valued at $5 billion after the 2009 outbreak.

Princess ship under quarantine in Japan as coronavirus precaution

After the 2003 outbreak of SARS, the global travel and tourism sector is reported to have lost $50 billion. China alone suffered a 25% reduction in tourism gross domestic product and a loss of 2.8 million jobs as a result of SARS.

There are more than 17,000 confirmed cases of coronavirus in China and 361 people have died.

More than 150 confirmed cases of the virus and one death have been confirmed outside China.

She said: “Combatting the spread of the coronavirus is absolutely crucial and the global travel and tourism sector has a vital part to play.

“As expected, the private sector has stepped up to offer its support and come together during this crisis by putting people before profits.

“It has helped curtail travel in affected areas, with airlines cancelling flights and hotels suspending reservations. Meanwhile, travel providers have offset the impact on customers by providing full refunds to people who want them and future flexible travel options to those looking to travel at a later date.”

But she stressed more could be done to lessen the impact of the coronavirus.

She added: “The public and private sectors working in tandem is essential to helping contain the spread of this new virus strain and protecting the public.

“Information sharing is vital. We would urge even closer cooperation between public and private sectors, not only in China but further afield, across Asia Pacific, Europe, Africa and the Americas. Rapid action can help limit lasting damage and the economic impact on the global travel and tourism sector, an industry that generates 10.4% ($8.8 trillion) to global GDP.”

Meanwhile, All Nippon Airways is suspending flights between Tokyo and the Chinese capital of Beijing from February 10 until the end of March.

Flights between Tokyo Narita and Wuhan, the epicentre of the virus outbreak, were previously suspended from January 23 until March 1, and will be extended until March 28.