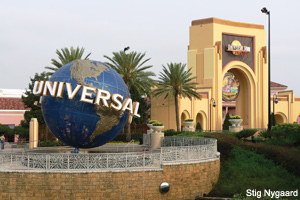 However, long-haul destinations appear to be losing out as Spain stages a remarkable recovery.

GfK Ascent put sales to date for summer 2011 at 4% up on January 2009, with short-haul holidays the big winner up 10% and Spain with 32% of the total market – three percentage points up on a year ago.

Spain heads the top five destinations growth chart which, so far, does not feature the two high-growth destinations of recent years, Turkey and Egypt.

Sales of medium-haul holidays are 5% up, but long-haul trips are down 9% year on year – probably due to increased Air Passenger Duty and fuel costs.

Operators were upbeat. Cosmos reported a doubling of sales to Florida since Christmas following offers of 50% off and £50 deposits to mark the operator’s 50th anniversary.

Travel 2 said sales were 17% up on last year. A ‘flash sale’ campaign from January 14, will feature heavily-discounted prices online for several hours on certain days and extra reward points for agents.