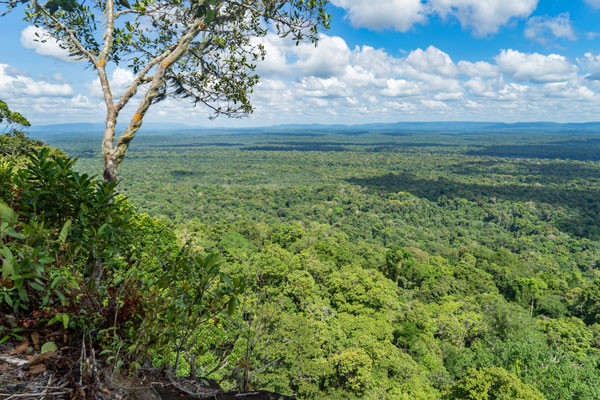 Guyana is adventure travel as it used to be, but this South American spot won’t stay secret for long, finds Steph Dyson.

The crunch of the tough grass beneath my feet threatened to give me away, but luck was on my side. Close enough to touch, the giant anteater snoozed untroubled beneath the shade of a sandpaper tree, its coffee-coloured fur rippled gently by the breeze.

Practically blind and deaf, these creatures measure up to seven feet and rely on an acute sense of smell, which must have alerted it to my presence as, without warning, it attempted a lumberingly comedic exit, white-striped front legs shuffling through the undergrowth as its chimney-brush tail swept the ground behind. It crashed blindly forward to within two metres of me, before finally stalking away into the long grass.

“It’s this tantalising, off-the-map quality that grants the country a bewitching appeal to trailblazing travellers.”

This was my introduction to Guyana. On the Caribbean coast of South America, it boasts a vast area – 87% of its territory, or roughly the size of England – covered by inaccessible and, consequentially, pristine rainforest. More than 225 mammal species, many vulnerable to extinction, take refuge here. Giant river otters, giant anteaters and jaguars are among the region’s top draws, while birdwatchers can tick off more than 300 species in one trip, including the harpy eagle, the largest raptor in the Americas.

However, even the most widely travelled could be forgiven for struggling to place Guyana geographically. The country received just 6,500 UK visitors between November 2018 and October 2019, according to figures from Lata, and just 286,700 overall in 2018. It’s this tantalising, off-the-map quality that grants the country a bewitching appeal to trailblazing travellers, but with an unexpected bonus. Guyana is South America’s only English-speaking nation, so interactions with local guides and experts require no translation.

Yet the country is slowly finding its way out of obscurity. In the past two years, it has won award after award for its sustainable tourism and conservation. Community-led lodges have been central to this achievement and exist to protect – and introduce visitors to – a rich indigenous culture and abundance of biodiversity. 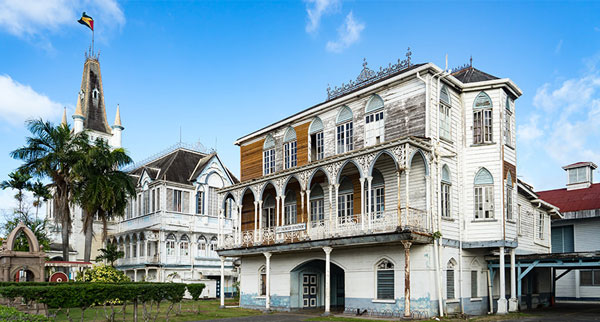 An adventurous spirit is a prerequisite here. Tours begin on the coast in capital city Georgetown and cross vast distances into the interior, with complicated and costly boat and flight logistics required. Small-group tours are therefore an expedient and cost-effective approach.

Most visitors make a beeline for Kaieteur Falls, an hour’s flight from Georgetown. Somehow, these thundering waters that plunge 226 metres from flat-topped, jungle-wreathed mountain to valley floor still remain a relative secret. Despite ranking as the largest single-drop waterfall in the world, five times taller than Niagara Falls, I snapped photos of Kaieteur alongside barely enough tourists to form a football team.

“It’s a destination where you need to work for your wildlife and cover long distances to reach diverse ecosystems.”

However, Guyana is a challenging destination to sell, as Tony Thorne, founder of pioneering local operator Wilderness Explorers, knows well. “It’s a country where high prices don’t necessarily translate on the ground,” he says, pointing to how accommodation across Guyana is comfortable but unwaveringly basic. This can mean everything from open-air bathrooms to pink-toed tarantulas in the front porch of your hut.

It’s also a destination where you need to work for your wildlife and cover long distances to reach diverse ecosystems. But, as our encounter with the giant anteater demonstrated, the results are worth the effort. 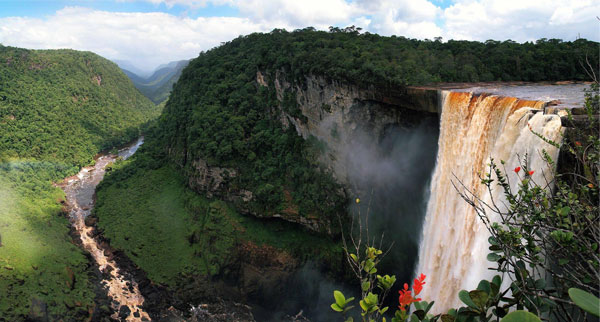 Perhaps Guyana’s greatest appeal is its place at the forefront of sustainable tourism. A leading example is the community-led, 24-bed Rewa Eco-Lodge. Managed by the neighbouring village, whose residents are part of the Macushi tribe, it’s a place where ancestral knowledge has been leveraged to forge a powerful bond between tourism and indigenous culture.

Rewa guides employ every last bit of jungle wisdom to hunt out the blink-and-you’ll-miss-them burrows of the Goliath bird-eating spider – the largest tarantula on the planet – while on boat trips up the Rewa River, they spot Guyanan red howler monkeys as they sneer down from their treetop domains, osprey deftly plucking fish out of the chocolate waters and, if you’re lucky, capybara and jaguar. Thanks to landmark conservation efforts by the community, the river thrives with arapaima, the world’s largest freshwater fish.

“It’s a place where ancestral knowledge has been leveraged to forge a powerful bond between tourism and indigenous culture.”

Clients seeking another side to Guyana should head south to the dry savannahs of the Rupununi region. Karanambu Lodge is a former cattle ranch where visitors can encounter giant anteaters. What’s more, owner Melanie McTurk’s family has spent decades working to rehabilitate and protect endangered giant river otters. Rehabilitation occurs on-site and it’s sometimes possible to catch the newest arrivals lolloping down to the river to spiral through the water like razor-toothed harpoons.

Like many in Guyana’s tourism industry, the McTurks regard conservation as fundamental to its economic and cultural success: “Eco-tourism is a mechanism for development. We say that if you trap a bird and sell it, you’re getting one set of money. If you bring people to see this bird 10 times, you’re getting 10 times more.”

There’s a feeling across this country that, while the rest of the world is just catching on to the benefits of sustainable tourism, Guyana has been quietly getting on with it. For the eco-conscious traveller, a challenging, surprising but, most importantly, rewarding destination awaits. 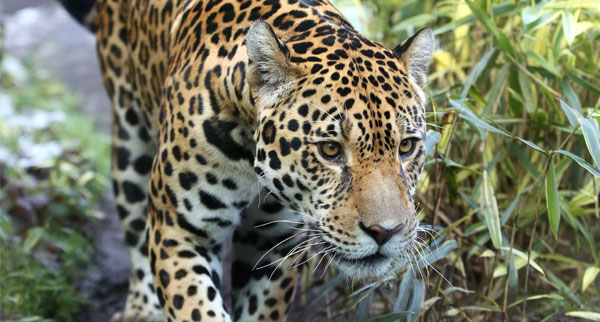 “Guyana has a lot to offer seasoned travellers. It’s for those who are looking for a stunning destination, but want to leave the tourist trail behind; those who are interested in wildlife but aren’t afraid to work for it. They will also understand that locations in their infancy of tourism may sometimes be more of a challenge – but that is what makes Guyana magical! A tour operator’s job is to inspire clients to visit these new areas, but also to ensure we manage expectations at the same time.”
Laurenne Mansbridge director, Pioneer Expeditions

There are no direct flights from the UK to Guyana, so use connections from Gatwick through Barbados or Trinidad with Virgin Atlantic or British Airways, and Caribbean Airlines. Specialist operator Wilderness Explorers offers tailor-made and fixed-departure tours and pays 10% commission. A nine-day Guyana in Living Colour tour starts at $3,200, including transfers, twin accommodation, internal flights, guides, activities and park fees. Alternatively, combine Guyana with French Guiana and Suriname on Wilderness Explorers’ Discover the Hidden Guianas tour.
wilderness-explorers.com