Bath is famous for it’s Christmas markets, but why wait until November to visit this historic city? Katie McGonagle reports.

The grand, sweeping facade of the Royal Crescent glows in the late-afternoon light, the golden hour bathing its honey-coloured Bath stone in soft, radiant sunlight. It’s easy to see how this became the go-to address of the 18th-century elite. Just imagine Jane Austen or her contemporaries arriving in the city after a long journey to be greeted by this, the country’s finest example of Georgian architecture and the very symbol of elegance and extravagance. What else could say a better welcome to Bath?

09.30: Set off from your base at the Country Living Lansdown Grove Hotel for a stroll along two of Bath’s famous streets, even if they’re merely the warm-up act to the Royal Crescent. It’s just a couple of minutes’ walk  to Lansdown Crescent, with Camden Crescent a few minutes in the other direction. You can  enjoy a sweeping view over the city from either spot, while you imagine life behind the elegant houses’ closed doors.

“It’s just a couple of minutes’ walk  to Lansdown Crescent, with Camden Crescent a few minutes in the other direction.”

10.30: Camden Crescent played a role in Jane Austen’s Persuasion, so where better to go next than the Bath Assembly Rooms, setting for many a memorable scene from her novels? They are a 10-minute walk (downhill) and were designed by Bath architect John Wood the Younger, the man behind the elegant Royal Crescent who, along with his father, John Wood the Elder, transformed Bath into the pinnacle of 18th-century aspiration. The Assembly Rooms were a key part of that process, completed in 1771 to attract Britain’s elite to the city’s famous balls. You can walk around the four rooms – the Great Octagon, Tea Room, Ball Room and Card Room – and picture 18th-century aristocrats playing an enthusiastic game of whist as the strains of classical music float through. Then pop downstairs to the Fashion Museum Bath for a display of clothes from the 16th century to the present day. 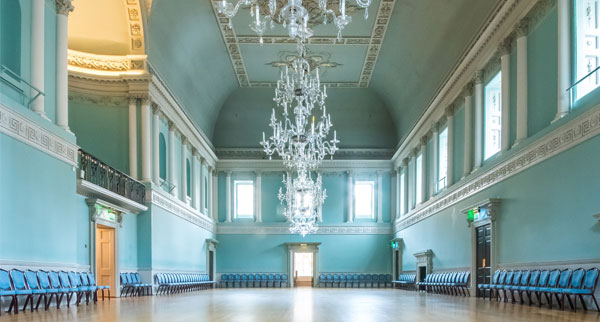 12.30: Stroll through The Circus – another icon of Bath architecture, it was the bold vision of John Wood the Elder but had to be finished by his son after he died just three months into construction – to The Circus Restaurant. This modern bistro has a fresh, seasonal menu, a relaxed vibe and strong service.

“Our charismatic guide, Collin, offered an entertaining history of the city as we strolled past the grand facade of Bath Abbey.”

14.00: Don’t miss one of the free two-hour city tours offered by the Mayor’s Guides, a legion of volunteers who lead tourists through its landmarks twice a day (10.30am and 2pm, apart from Saturdays when it’s 10.30am only). There’s no need to book – just meet outside the Roman Baths and off you go. Our charismatic guide, Collin, offered an entertaining history of the city as we strolled past the grand facade of Bath Abbey, the ancient Roman baths that lent the city its name, and Sally Lunn’s, the city’s oldest house and the place where the Sally Lunn bun was invented. He pointed out the little details we might have missed as we passed the original city walls or the Saracens Head pub, where Charles Dickens stayed when he was in Bath, and explained the father-and-son story behind the building of Queen Square, The Circus and the Royal Crescent. It was a standout experience that went far beyond the guidebook, worth recommending to anyone keen for a local’s introduction to the city. 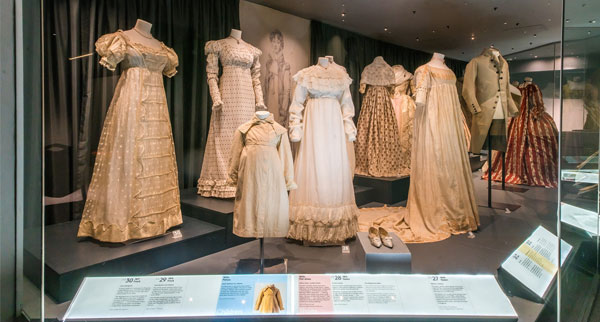 16.30: After a couple of hours’ strolling around, it’s probably time to warm up or cool down – depending on the season – with a drink. The Coeur de Lion on Northumberland Place is said to be Britain’s smallest pub, with a compact but well-stocked bar, and cosy indoor seating in winter that spills outdoors in summer.

19.00: Go for a cocktail in the Lansdown Grove Hotel’s bar, where cosy, mustard-coloured armchairs and comfy window seats offer a convivial atmosphere for a pre-dinner drink, with staff keen to offer a recommendation. Then pop next door for a dinner of British seasonal classics – think roast lamb, steak and chips or sea bass – with a reasonably priced wine list. 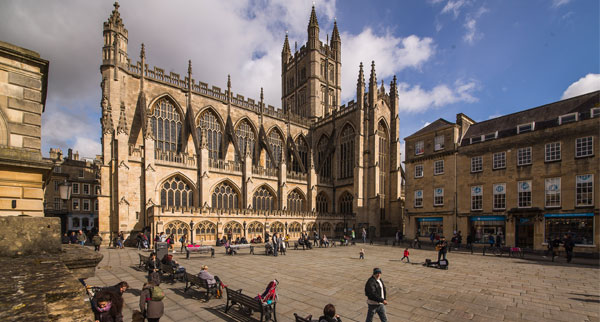 09.30: Head back to the Royal Crescent to delve deeper into the history of these famous Bath homes with a visit to house-turned-museum No. 1 Royal Crescent, which has been furnished and decorated in perfect period detail. Look out for the dining table set up for a fancy meal, the tea caddy with a lock to stop servants pilfering this precious commodity, the wig stand and scratcher to solve the ever-present issue of head lice, and the kitchen with its open fire and labour-intensive tools. Entry is £10.90 for adults and £5.40 for children, or there’s a 48-hour combination ticket including entry to the Herschel Museum of Astronomy and Museum of Bath Architecture.

“The Herschel museum is packed full of fascinating gadgets, artefacts and artworks that shine a light on the 18th-century search for the stars.”

11.00: If you’re in the mood for more history, take a 10-minute walk to the Herschel museum on New King Street and make use of that combination ticket. It’s the town house where astronomer William Herschel – first to discover the planet Uranus – lived with his sister and fellow scientist Caroline, and is packed full of fascinating gadgets, artefacts and artworks that shine a light on the 18th-century search for the stars. 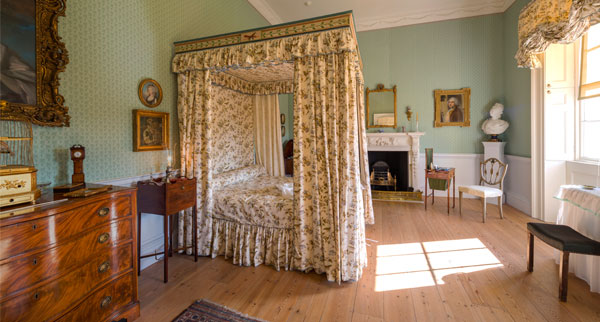 12.30: Bath’s city centre shopping is still going strong, so even if you’re not here for the popular Christmas market, there are plenty of opportunities to pick up souvenirs. Expect the usual mid to high-end fashion and home-furnishings brands, plus local businesses such as Topping & Company Booksellers, where you could even join an author meet-and-greet. For something more local, head to the historic Bath Guildhall Market, where more than 20 stallholders serve artisan cheese and cured meats, old-fashioned sweets, cakes and colourful homewares.

14.30: Wander towards Pulteney Bridge – one of Bath’s most photographed spots, lined on both sides with shops and cafes similar to Venice’s Rialto Bridge – for a light lunch or afternoon tea at The Bridge Coffee Shop, with a view of the weir. 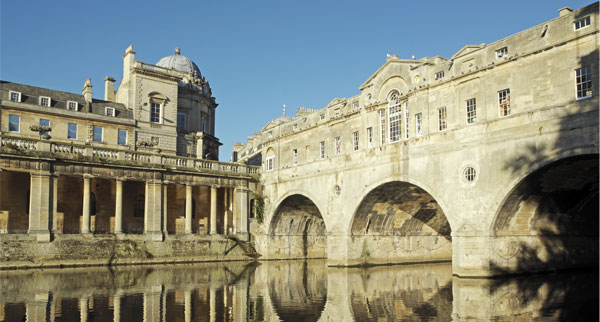 15.30: Now for Bath’s biggest draw, its baths. You can visit the Roman Baths or, if you’d rather take a dip, head across the road to Thermae Bath Spa, which uses naturally warm water from the nearby spring (it’s so hot they have to cool it for people to bathe in) in its outdoor pool, which overlooks the city centre. You can’t book sessions in advance and queues can be long, so the best option is to book a spa package or treatment that includes access to the spa.

“Thermae Bath Spa uses naturally warm water from the nearby spring in its outdoor pool, which overlooks the city centre.”

18.30: There’s no more fitting end to a weekend in Bath than an evening in an old-fashioned pub. Just five minutes’ walk away, there’s The Raven, where you’ll find real ales, an entire menu devoted to pies – you won’t go wrong with any of them, but the steak and Devon blue cheese was a particular hit – and staff that really know their stuff. Stick around for the fun local crowd and a few nightcaps after dark. 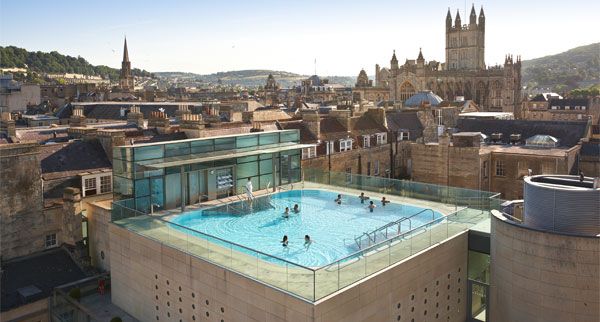 When the Shearings-owned Coast & Country range teamed up with home and lifestyle magazine Country Living to rejuvenate its Bath and Harrogate hotels, it might not have sounded like an obvious pairing. But it has proved a way to breathe new life into the mid-range Bath property. Its facade was already grand enough, but the magazine’s designers have helped update the interior. Country Living touches abound, from the classy muted decor in the drawing room and library, to the soft furnishings and throws in the bedrooms. The restaurant is welcoming, with a reasonably priced menu and a breakfast range that focuses on quality over quantity.
countrylivinghotels.com 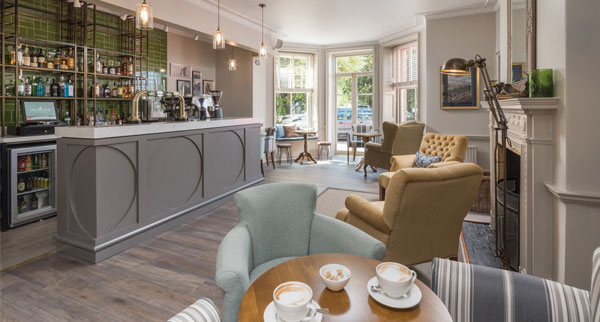 The best staycation destinations in the UK
What to do on the Inner Hebrides’ island of Mull, Scotland
The best of Belfast, Northern Ireland