Every day brings something different in our world.

A very good client of mine came in asking about Cuba. She wanted a tour for two families and openly admitted that the other family were also looking for quotes.

I rang a few operators and managed to speak to a very experienced chap who put together an interesting package for me. I sent it over to my client in the hope that she would favour mine over any quotes her friend had received.

A couple of days later, she rang to say they both loved my quote and wanted to book it.

There were a few details she asked me to change, which I did, and she paid the deposit.
Undercut
I was off the next day and didn’t look at my emails until lunchtime, when I noticed one from her.

She’d written to say her friend from the other family had received a quote – which she had not sought – from a company offering her exactly the same tour but at a greatly reduced price.

I have to say I was a little suspicious about this. As the tour offered was exactly the same as that I’d sourced, I rang the chap at the operator to try to find out if he could shed any light on the matter.

It turned out he could. He said the quote to my client’s friend had come from his company’s B2C division, which was based downstairs in the same building. He didn’t seem surprised.

“I am sure you can imagine my reaction, not to mention the bad feeling it caused between me and the clients.”

I’m not going to name and shame the company, but it has a direct‑sell operation as well as a trade division. The direct-sell staff member had seen that my client had booked with me, yet came up with a lower quote and sent it to my client’s friends. Unbelievable!

He said there was a special offer on the flight and that he could save them over £1,000. Not only that, he also offered premium economy for the same price. Obviously, this was a ploy to get them to book with him – the only trouble was, the quote was not valid: the flights were not on offer and, as it turns out, the member of staff was going to take the savings out of their commission.

I am sure you can imagine my reaction, not to mention the bad feeling it caused between me and the clients, especially the other family, who thought I was overcharging them.
Apology
I reassured my original client, but her friend was not so forgiving, and wanted answers to many questions (after all, she had only just met me).

Through all of this, the operator’s trade operation was in touch with me. After a call from the manager, he agreed to send me an email explaining what had happened from his side, and apologising for putting both me and the client in this situation. I’m told they have had words with their staff member too.

“I reassured my original client, but her friend was not so forgiving, and wanted answers to many questions.”

I have now received the email, which I forwarded to both parties. My client was fine about it – she even came in with a bottle of bubbles for me, bless her.

But her friend is still baffled, like me, as to how this can happen! 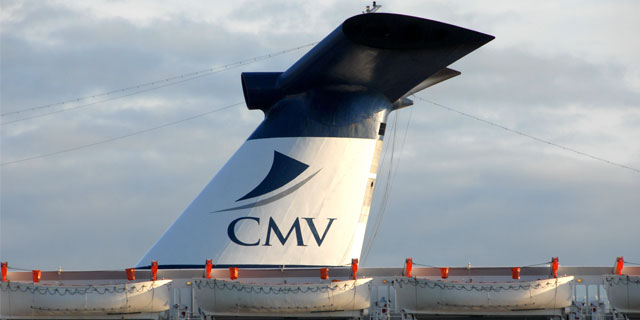 I feel so sorry for clients who had to cancel
I’m sure the coronavirus has caused a lot of issues for agents up and down the country. We have seen a few cancellations of late; the most upsetting for me was because of illness, though not someone with the virus.

My client cancelled an 84-night, £50,000 booking for 2021 with Cruise & Maritime Voyages. He’d been so excited, but unfortunately had a stroke. Although he is now on the mend, his wife says she would not be happy to travel away from home for this length of time. I feel so sorry for them as they really wanted to do it.

Bid to ‘save summer’ for fully vaccinated travellers

Hundreds of agents plan to attend Travel Day of Action