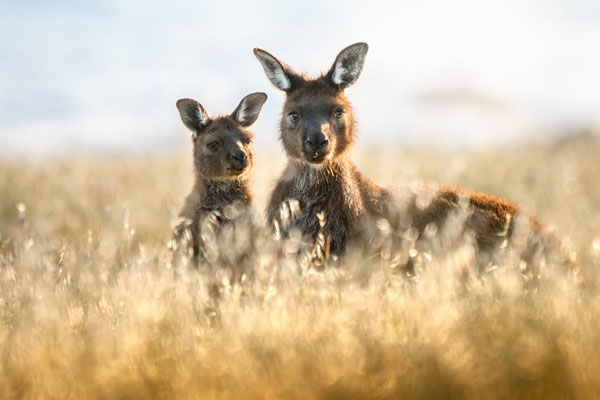 Kangaroo Island is bouncing back to life following devastating wildfires earlier this year. Sarah Marshall visited before and after the fires and reports on its recovery.

Eyes wider than saucers and gaze locked firmly on a milk bottle, a forlorn joey attempts to scale his playpen with the determination of a climber on Everest.

In the past few months, more than 600 injured, starved and orphaned koalas have passed through the doors of Kangaroo Island Wildlife Park, their hungry, high-pitched squeals interrupted only by the whirring blades of a helicopter returning from missions to find more marsupials requiring help.

At the end of last year, wildfires ripped through parts of Australia, exacerbated by high temperatures and months of drought, all set against the backdrop of climate change. In South Australia’s cherished wildlife idyll Kangaroo Island, a series of dry lightning strikes in late December and early January sparked devastation, and the koala became an enigmatic poster child for heartbreak and loss.

“We’ve had a 35%-40% success rate,” says Dana Mitchell, co-owner of Kangaroo Island Wildlife Park, the only body licensed to care for koalas on the island. “We were told to expect only 10%.”

It’s a tiny glimmer of hope amid a complex recovery effort, made all the more challenging now by the impact of the coronavirus crisis. At best, it’s estimated one-sixth of the island’s 60,000-strong koala population remains, and it’s Dana’s mission to relocate survivors to safe areas using £1.2 million of public donations generated by a GoFundMe campaign. 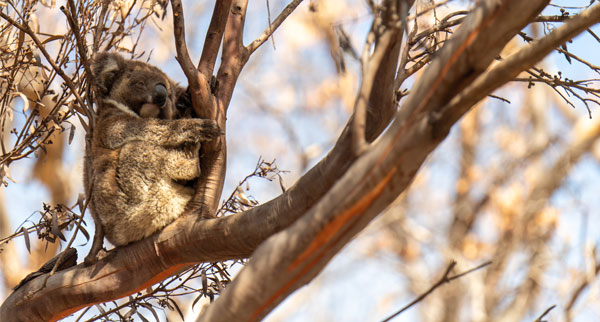 Only days before the fires took hold, I’d been exploring Flinders Chase National Park on the western tip of the island – the area worst hit. I’d watched waves crash through the limestone window of Admirals Arch and had marvelled at the 500-million-year-old boulders of Remarkable Rocks.

When I returned two months later, the scene was very different. Stripped bare and exposed, Flinders was now a cascade of ebony stubble and the rocks were cast in a midnight shadow of soot.

For such a close-knit community, the changes have been difficult to accept; whether through loss of business, livestock or property, everyone has been affected. But there’s a unanimous desire to get back on track.

“At Seal Bay Conservation Park, hundreds of Australian sea lions nuzzle in the pristine sand, raising their noses in salutation to a silky cerulean sky.”

Around 50% of the 1,700-square-mile island was damaged in the fires but that still leaves plenty of space to fill a multi‑day itinerary without seeing one charred tree stump or razed meadow.

“We’ve got rock formations at the eastern end of the island which are just as impressive as Remarkable Rocks,” says tour guide Tim Williams of Exceptional Island Tours, which has launched an East End Explorer day tour focusing on the Dudley Peninsula and avoiding all burned areas.

On the clifftops of Pelican Lagoon, I watch mobs of kangaroos grazing peacefully amid a haze of golden wildflowers. At Seal Bay Conservation Park, hundreds of Australian sea lions nuzzle in the pristine sand, raising their noses in salutation to a silky cerulean sky. 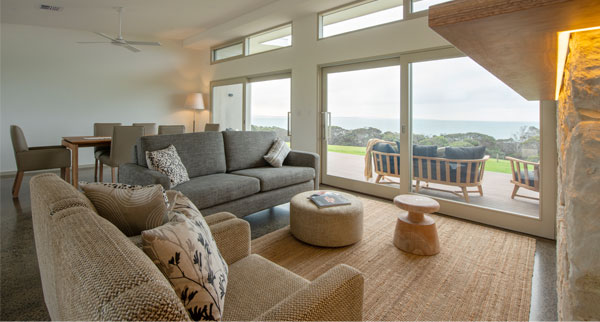 “Kangaroo Island is such a huge place and there are so many untouched areas,” says hotelier Hayley Baillie, whose luxury property Southern Ocean Lodge was a high-profile victim of the fires.

“When you walk along the coastline, that ocean is so magnificent. There’s so much life out there – the colours and the birds and the low-lying tundra. My absolute favourite thing to do is swim with the wild dolphins.”

With support from the South Australian government, she and her husband James have vowed to rebuild a near-exact replica of their cherished property in the same location, recreating its trademark 360-degree panoramic ocean view. It’s estimated the project will be completed within three years, but in the interim, there are alternative high-end accommodation options to fill the gap. 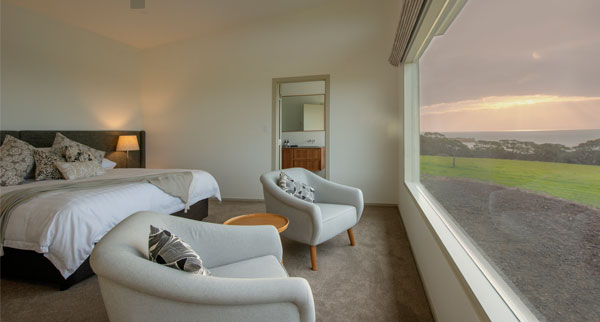 Even greater seclusion can be enjoyed at Stowaway Kangaroo Island’s two villas, where guests are left with food and wine hampers to enjoy a barbecue, before soaking in their own hot tub in the middle of the wilderness. 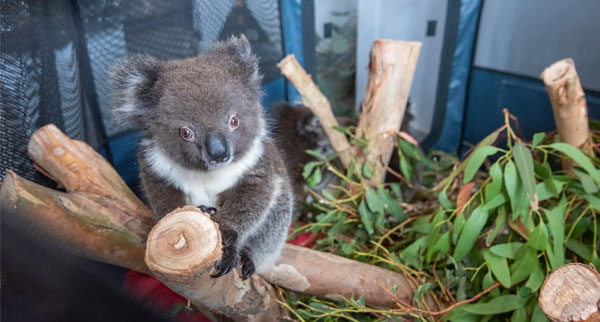 Wildlife is still the island’s biggest drawcard, and although an estimated one billion wild animals were killed by Australia’s bushfires, there’s still plenty to see here. Perhaps it was the cooler temperatures – another reason to encourage guests to travel in the shoulder seasons – but I clocked up more animal sightings on my second visit, after the fires, than before.

Koalas dozed in the forks of branches, and in the absence of thick understory (the layer of shrubs and plants that lie between the canopy and the forest floor), elusive echidnas were much easier to spot.

Once its boardwalks have been repaired, Flinders Chase will initially reopen to guided tours along a designated ‘safe corridor’ to Admirals Arch, exploring areas carpeted with electric-orange fungi and shiny green shoots.

“Koalas dozed in the forks of branches, and in the absence of thick understory, elusive echidnas were much easier to spot.”

Resident scientist Peggy Rismiller, a veteran observer of fire-ravaged landscapes, hails this as a unique opportunity to study regeneration.

“Recovery is not an endpoint,” she insists, urging visitors to focus on the positives.

“Recovery here is happening every day.” 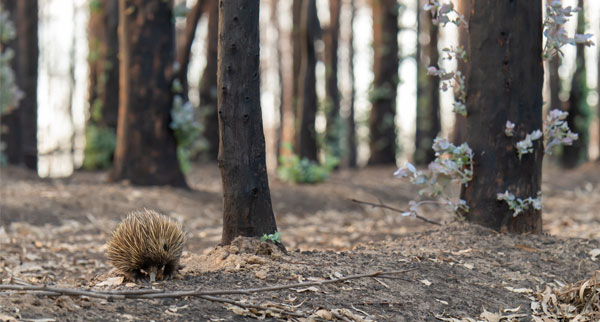 “Like the rest of the world, Australia’s main focus right now is the health and
safety of citizens and visitors in the country. For many in our tourism sector,
recovery efforts following the recent bushfire season were still ongoing when
the coronavirus crisis took hold, so it has been a particularly challenging period.

“During this time of uncertainty in the UK, Tourism Australia will
continue to work closely with our trade partners to keep everyone informed,
and hopefully inspired, so that when travellers can book once again, they
know Australia has a welcome waiting for them.

“We know that the UK is a resilient market and that British travellers will
likely be among the first to travel again when they’re able. Among inbound
arrivals to Australia, visitors from the UK also disperse across regional areas
more than any other international market, so welcoming guests from the UK
back will play a key role in helping the Australian tourism industry to recover.” 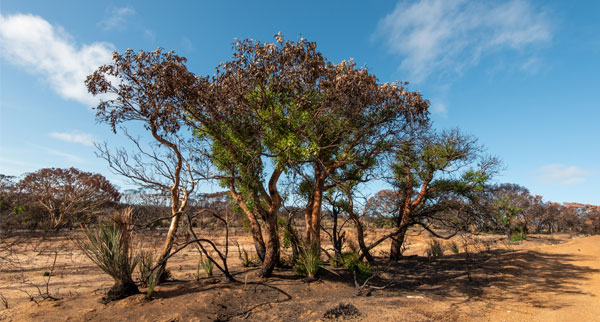 There’s a misconception that huge swathes of Australia were wiped out by the bushfires, but although events were catastrophic, only about 3% of the country was heavily impacted.

Prior to the outbreak of Covid-19, affected states had launched a successful #BookThemOut campaign to drive domestic tourism and many businesses were already up and running. Despite losing this year’s harvest, for example, wineries in New South Wales, Victoria and South Australia’s Adelaide Hills were welcoming visitors, and a number of new hotel openings were still scheduled to go ahead as planned.

“There’s a misconception that huge swathes of Australia were wiped out by the bushfires, but only about 3% of the country was heavily impacted.”

Paul Cooper, marketing and business development manager for Sydney-Melbourne Touring (which operates scenic driving routes between Sydney, Melbourne and Canberra), said tourism businesses had been “incredibly resilient” in their recovery efforts. Cooper drove the popular coastal route shortly after roads reopened and calculated just 18% of the journey had been visibly affected by fire. 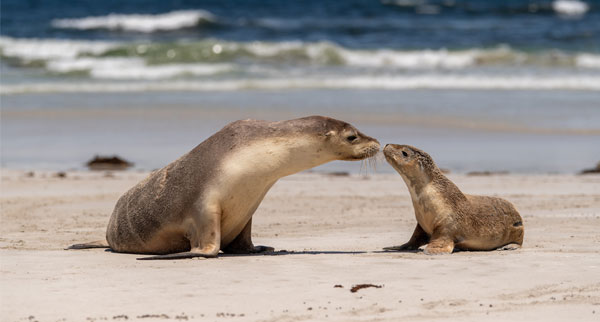 “I was really surprised at just how much escaped the fires, and how many of the beautiful parts of the drive and the wonderful people and tourism businesses were not directly impacted by the flames,” he said.

“Even in places where the damage was quite significant, the regrowth out of the trees just six weeks after the fire broke was absolutely amazing. That regrowth in some of those areas has more than doubled since I was there. The Australian bush is so resilient.

“The main thing is that we are open for business – the collection of experiences is as wonderful as ever.”

For the latest updates, visit the Tourism Australia website at tourism.australia.com 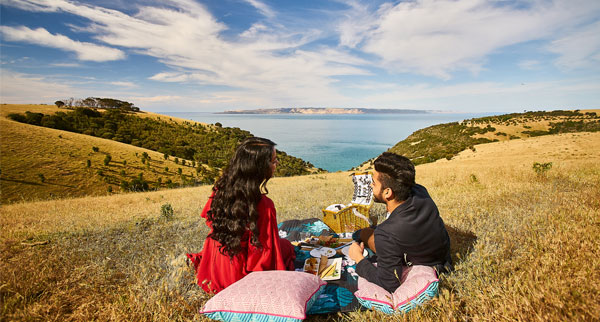 Anzcro offers a seven-night itinerary spanning Adelaide and Kangaroo Island from £1,964. It includes a night’s accommodation and sightseeing tour in Adelaide, ferry crossing to Kangaroo Island, four nights at Kangaroo Island Seaside Inn, a Seal Bay Discovery day tour and full-day food and wine tour, ending with a two-night stay on the mainland at Longview Vineyard in Adelaide Hills. The price is based on two sharing, and includes Cathay Pacific flights via Hong Kong departing October 2, limousine transfers, and car hire.
anzcro.co.uk