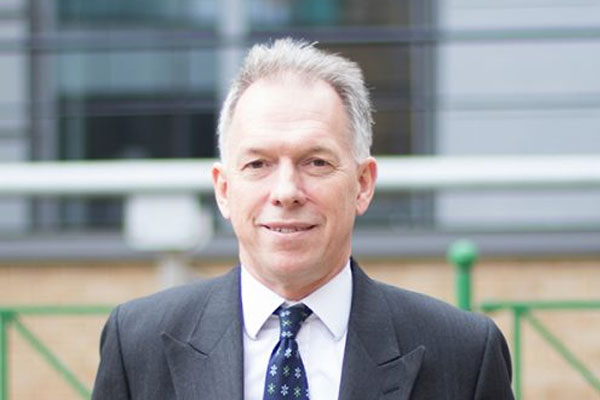 Private equity will not be put off the travel sector by the Covid-19 crisis and will be looking for opportunities to pick up companies cheaply, according to a leading financier.

Andrew Monk, chief executive of VSA Capital, revealed he was in discussions with potential partners about setting up a company to buy leisure firms off administrators.

Recent years have seen a flurry of Private equity deals in travel including for agents like Love Holidays and Travel Counsellors and operators like Riviera, Shearings and Sykes Cottages.

Monk was speaking in a Travel Weekly Webcast with editor-in-chief Lucy Huxley about prospects for travel and claims the coronavirus crash is a wake-up call for PE investors about how volatile the sector is.

He said he did not believe the current crisis will put PE off travel. “Private equity tends to come in when they can do financial engineering.

“Where you have an industry where you can have financial leverage and operational leverage, it’s ideal for business.

“They don’t mind actually that it’s risky because their game is to try and get out before it all falls over.

“So, there’ll be opportunities for them to come in and pick things up with incredibly cheap levels of refinancing.”

Monk added: “I am actually talking personally to a group of people where we’re thinking of creating a company and listing it purely with the intention of buying companies off the administrator.

“Sounds pretty harsh, but the opportunities will be there. And administrators will be stuck with a few companies, so we’ll go in and say, fine, we’ll take it for zero.”

Monk said the investor would target the leisure sector as a whole including pubs and restaurants, but would also look at opportunities in travel.

He predicted a slowing down in the growth of travel, rather than a contraction, as people reassess their priorities, and saw the big players including airlines like British Airways and Virgin Atlantic surviving.

“For some years, I’ve been getting pretty nervous about the state of the airline industry and, actually, I’ve sort of been wrong.

“One of the things about the airline industry is that it is highly leveraged industry, as is tour operating.

“It’s leveraged both from an operational point of view but also from a financial point of view. It actually has double leverage because people are able to fund these aeroplanes with very cheap finance.

“Cheap finance is going be around for some time because interest rates are basically zero. But when you get double leverage like that, you can grow very, very fast.

“But then when it comes around and smacks in the face the bigger you are, the harder you fall, and you’re going to fall hard and that’s really what’s caught up with a lot of your industry.

“There’s double leverage that going on and I think that people will step back now and say let’s slow down the pace a little bit, let’s just have a review of how we want to operate.

Monk said the UK is a leader in the aviation world and the likes of BA and Virgin will survive through a combination of government help and refinancing.

“British Airways will survive. It’s the national carrier. I believe that Virgin will survive as well.

“I actually have a lot of time for Richard Branson. He’s created a lot of jobs, a lot of wealth within the UK economy, it’s a real business.

“So, I’m less critical of him, to be honest with you, and admire him, and I think Virgin is a very good carrier. I would like to see it continue and I believe it will.

“Let’s be clear. We are in this country leaders in this industry. We are better than virtually everybody around the world but clearly there are going to be consequences.

“Some of the smaller players are going to have to rethink rejig and over time you do slowly get back to normal and there will be the ability to refinance some of these companies.

“In the city we are actually having a very good because everybody’s coming to it saying can you refinances and we will probably collectively across the city refinance every company in the UK within the next 12 months.

“People will get refinance the industry will rebuild, it’s just that maybe there will be different winners and a slightly different structure.

“The bigger ones and the quoted ones are going to find it easier, so the easyJets and the Ryanairs, they’re not too big to fail but they’re big enough.”