Bodmin Moor’s Jamaica Inn is synonymous with smugglers thanks to Daphne du Maurier’s novel, but what can guests expect? Demi Perera finds out.

Allen Jackson was just six years old when he sat in his father’s sidecar as the family drove for their summer holiday. “We must’ve driven past here a hundred times,” he says, referring to Jamaica Inn, the north Cornish coaching house immortalised by English author Daphne du Maurier in her book of the same name.

Today, Allen owns the 18th-century inn, which he acquired in 2014. The changes he initiated have reversed the fortunes of the ancient building, set in the heart of Bodmin Moor.

“The Du Maurier Suite, with its balcony overlooking Bodmin Moor, free-standing bath and 7ft emperor-sized bed, will satisfy the most discerning traveller.”

Jamaica Inn has come a long way since its heyday as a hideout for smugglers who, it’s said, would lure ships to rocky shores, kill the crew and loot the cargo; a past not for the faint-hearted.

What’s remarkable about its bold step into the 21st century is that in doing so, none of its illustrious 270-year history has been lost. The original rooms, including the one once occupied by Du Maurier, have been befittingly restored. The same is true of the museum dedicated to her memory, which boasts a selection of handwritten correspondence between Daphne and the Queen and Prince Philip, along with letters to her best friend. 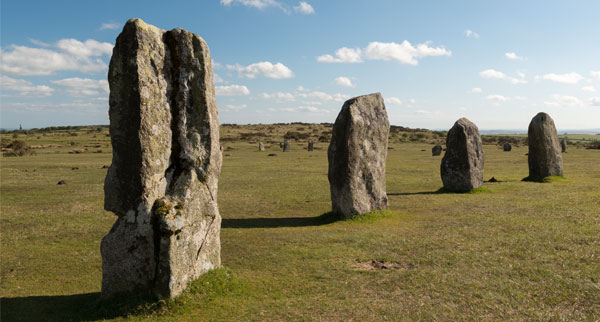 The future of Jamaica Inn looks a great deal more affluent than creaky floorboards and shadowy figures in the hallways: a stylish 16-room wing has been completed with plush carpets, earthy palettes and unparalleled views. The Du Maurier Suite, with its balcony overlooking Bodmin Moor, free-standing bath and 7ft emperor-sized bed, will satisfy the most discerning traveller.

Jamaica Inn lies in the heart of Cornwall, away from its famed coastline. Nearby are Bodmin beauty spots including Golitha Falls, a series of small waterfalls along the River Fowey; the remains of Bronze Age cairns on the ridge of Brown Gelly hill and unique stone circles known as The Hurlers; plus countless hiking trails for those who want to get a feel for the wild landscapes that have given rise to the myth of the panther-like beast of Bodmin.

Yet the burning question is: “What would Daphne say?” The resounding answer in my head screams: “She’d love it.”

Jamaica Inn is temporarily closed due to Covid-19, with a planned reopening date of July 4. The Du Maurier Suite costs £249 per night Monday-Thursday, or £199 per night Friday-Sunday. Both include breakfast; dogs are welcome but attract an extra £15 per night.
jamaicainn.co.uk

How to sell staycations: Make the most of the domestic market
The best staycation destinations in the UK
Dog-friendly hotels: Holidays with man’s best friend