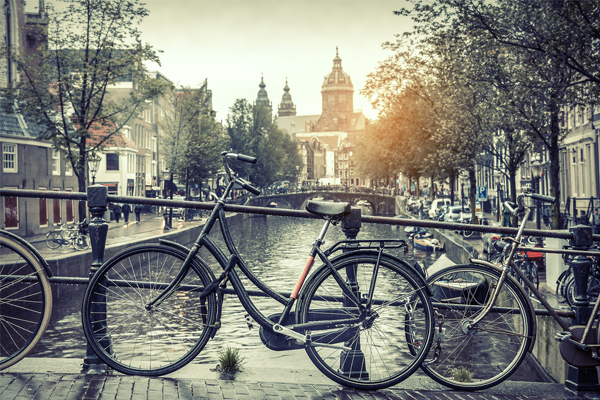 A second wave of coronavirus could be triggered in Amsterdam with an unfettered return of mass tourism.

The warning came from the Dutch city’s mayor, who urged “extreme caution” about a resumption of inbound travel.

Femke Halsema argued that there is not enough space for its 800,000 residents, plus the normal nine million overnight visitors, for social distancing to be respected.

She told a digital council meeting last week: “I hear you talking about international tourism, and I know that there are 55,000 hotel beds waiting for guests, too.

“But in the coming time we need to be extremely cautious about stimulating regional, national and international traffic.

“If we do this excessively, we run the risk that Amsterdam becomes the fireplace for a second wave [of infection].”

Non-essential travel into the Netherlands is banned until June 15, but the country began a phased emergence from lockdown on May 11 when the death rate levelled.

Restaurants, cafes and bars can reopen from June 1 with limits on numbers, while regional authorities are able to interpret national legislation.

But Halsema warned that Amsterdam has a lot of canals and a large population, unlike Rotterdam,

“We have a surprising shortage of public space, so I urge caution,” she said.

A spokeswoman for the mayor confirmed to the Guardian that although Halsema believes tourists are part of an international city, she is in discussions with business about how this takes place.

“In a heavily-populated city with a lot of visitors, it is even harder to keep a 1.5m distance,” she said.

“The worst thing that can happen to Amsterdam is to have another lockdown because the number of infections is increasing.”

But with hotels losing 90% of their bookings, the comments from the mayor have sparked concern.