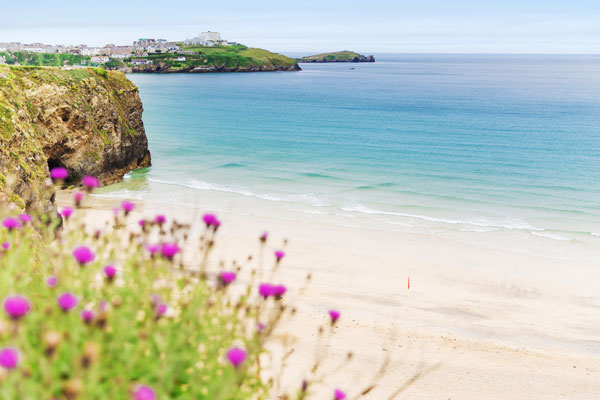 The government’s 14-day coronavirus quarantine restrictions planned from June 8 would put the majority of people off holidaying abroad this summer, a new study reveals.

As many as 79% of respondents aid they would be unlikely to take an overseas holiday due to the two-week isolation measures.

Quarantine measures to be introduced from June 8

Just 13% voiced confidence that they will be able to take foreign travel this summer.

But 11% said they would flout the two-week quarantine rule, according to the poll conducted by accommodation-only firm Clickstay.

More than half (54%) of the 681 respondents to the survey said they were likely to take a UK holiday instead if Foreign Office advice against all but essential overseas travel is maintained.

A surge in domestic breaks could stretch local infrastructure to the limit, leading to destinations being overrun and endangering the local population.

A company spokesperson said: “It looks as though the British public are very pessimistic about their chances of going away this summer, with a meagre 13% retaining hope.

“This is likely because of recent noise from government officials, such as [health secretary] Matt Hancock, who said holidays abroad would be cancelled. This would be a devastating blow to the travel sector.

“One of the suggestions on the table is to allow people to go on holiday abroad and force them to quarantine for two weeks when they return.

“However, based on this sample, it looks like this would deter the vast majority of holidaymakers.

“Of course, with working from home becoming the new standard for many of us, a two-week quarantine might be relatively easily achievable, and it looks like some people would be willing to make that sacrifice for their summer sun.

“More than half of holidaymakers who usually go abroad are likely to book a holiday in the UK instead.

“This is going to have massive ramifications. While the UK staycation market will benefit massively, it could lead to hotspots becoming overrun and endangering local residents.

“A staggering 19% respondents said they planned to go to Cornwall (pictured) if holidays abroad are cancelled.

“The area’s infrastructure will be unable to cope with such an influx, likely resulting in some form of travel restrictions.

“Devon, Dorset, and Somerset were also extremely popular, which will compound the issue.

“The other flash point will be Scotland, where 21% of holidaymakers said they planned to go, despite Scotland’s current travel restrictions.”

The spokesperson added: “While the UK staycation market is set to benefit, it looks like hotels will miss out, with respondents favouring private holiday rentals instead.

“This makes sense as it is much easier to limit exposure in a holiday rental than it is staying in a building with other people.

“While some hotels may try to open and introduce measures such as perspex glass in the dining room, it would be difficult to control the virus in such an environment.”

Meanwhile, new data reveals that searches for travel within the UK are up over 70% from the first week in April.

“While the government has not lifted restrictions on non-essential travel, it appears that staycations and ‘nearcations’ will be the name of the game once travel is allowed in the UK,” travel marketing solutions firm Sojern found.

Greece stood out with a “major uptick” in global flight searches and bookings in the last week.