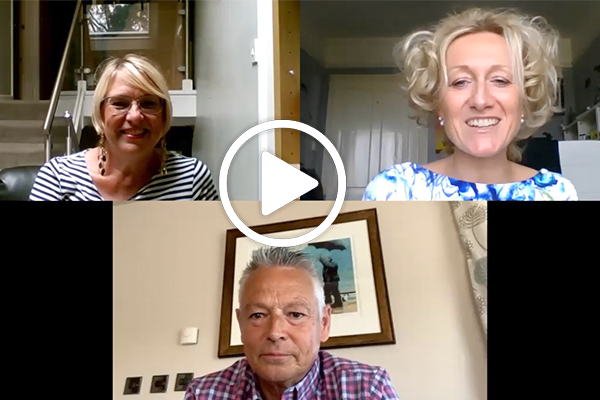 The government’s 14-day quarantine plan is a “completely mad idea” which should be “knocked on the head”, according to a leading independent travel agent.

Speaking on a Travel Weekly Webcast, Miles Morgan, chairman of Miles Morgan Travel said: “It’s been a challenging time. We’ve all been climbing the hill for the last seven to eight weeks and I actually think we’re finally free-wheeling a little bit down the other side now.”

He added: “The media seem bored with constant bad news and are now looking for some positives and the announcement about Spain this weekend is a really, really positive one. All we need now is Priti Patel and those guys to get their act together and realise that 14 days’ quarantine from June 8 is a completely mad idea.

“If it’s a good idea they should be doing it now. If it’s not a good idea, why the hell are they bringing it on the eighth of June. It’s a complete farce as far as I’m concerned. It’s either a good idea or it’s not.”

Morgan said a rethink from government could mean the industry would not have to totally write off the summer season.

“As soon as that one gets knocked on the head, I think potentially we could be looking at some flying over the summer, which I have to say even 10 days ago, I’d have said was pretty unlikely. But now, I’d say it’s more likely than not, which has got to be great news for the industry – and finally some positive stuff that gets us all going and shows the momentum is finally returning.”

He said the ‘air bridges’ idea to create corridors between specific countries made “absolute sense”.

“Every country now has an R number – a rate of infection number. If we’ve got an air bridge to say Spain, and Spain has a lower number than ours, then it’s madness to suggest people are more risk when they go to Spain. In fact, they’re at less risk.

“So therefore, what is the point in 14 days quarantine where the place they visited is actually safer than the United Kingdom at the moment?

“To me, it doesn’t make any logic or any sense whatsoever. And I’m hoping that common sense will prevail and they’ll say let’s bring it in absolutely for countries that have got a high R rate. But for those that haven’t, well let’s just open those air bridges and get people flowing back and to.”

Designer Travel owner Amanada Matthews said: “What needs to happen now, is where we’ve got a situation where the virus is under control in certain destinations, then we need to have a reciprocal agreement with those countries, and actually be confident with our clients that they are travelling to somewhere that’s no more of a risk than staying at home or going down to Cornwall. That’s really critical.”

She added: “The issue with the government at the moment is they seem to be putting out information that’s conflicting all the time. I don’t think there will be anything going out until the end of June, early July at the very earliest for leisure travel. So in some ways, the message is really a bit of a red herring at this point, because until leisure travel starts to pick up and starts to operate, then at that point they can amend this rule.

“They’ve said they are going to review every three weeks anyway. They’re just holding back because it’s still all up in the air. But as things start to clear, I think we’ll have a much clearer space.”

Morgan said the FCO advice which still advises against all non-essential travel “indefinitely” was also still a problem.

“The FCO advice, which still hasn’t changed from advising against all non-essential travel, is unlimited currently. So that needs to be looked at as well. Having FCO advice with no end date is absolutely useless to everybody. They just need to put a date on it and it would clarify it for holiday companies, clarify for airlines, clarify to customers and make life as a travel agent massively easier. Having it unlimited really helps none of those people,” he said.