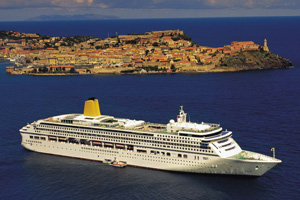 P&O Cruises is providing 15% early booking discounts and on-board spending money of up to £700 per person for those booking 2012 cruises this month.

The offers are available for bookings made before July 31 on all departures between January 2012 and March 2013.

The maximum discount on seven night cruises is £100 per person and £40 on board spending money.

A 14-night Western Mediterranean cruise on Oceana from Southampton on October 17, 2012, starts at £1,099 per person with a 15% early booking discount in addition to £60pp on board spending money.

The sales promotion comes as the line publishes its second edition 2012 brochure detailing 215 cruises on the seven ships in the fleet. The programme covers 84 countries and 255 individual destinations, including 13 new ports.

P&O has spaces available on four ships participating in the line’s Grand Event when all seven will be in Southampton together for the first time on July 3, 2012.

Ships that have still not been filled are Adonia, Arcadia, Aurora and Ventura, which leave on different cruises on the same day to mark P&O Cruises’ 175 years of ocean travel.

Managing director Carol Marlow said: “We have an exciting year in 2012 and we are offering one of our most diverse and adventurous programmes yet, with the greatest choice of ex-UK cruises including 148 round-trip cruises from Southampton.”