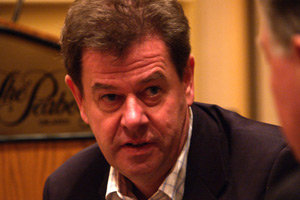 Abta will confirm later today that Tui Travel chief executive Peter Long is to speak at its Travel Convention in Palma in October.

The Tui Travel boss will appear on the opening morning of the Convention alongside Miguel Fluxa, president of the Iberostar Group of hotels and resorts.

Long and Fluxa will discuss where the industry is heading, the key industry events of recent years and the game-changing moments in their own careers, in a session that fits the “game-changers” theme of the Convention as a whole.

Fluxa came to Iberostar and hospitality via shoe manufacturing. Long’s career at the top of the travel industry has taken in the collapse of International Leisure Group in 1991, the co-founding of Sunworld Holidays with Manny Fontenla-Novoa – now head of rival Thomas Cook – and the merger of First Choice, a company he ran for a decade, with Tui Travel.

The pair, who have known one each other for years, will also discuss the relationship between tour operators and hoteliers – and there will be time for the audience to quiz them in a Q&A session.

Other speakers already confirmed include Douglas McWilliams, head of the Centre for Economics and Business Research. The Travel Convention is in Palma de Mallorca on October 3-5.