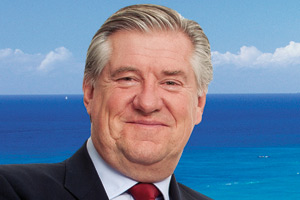 Thomas Cook this morning confirmed that 60-year-old Sam Weihagen would be taking over as interim group chief executive officer following the departure of Manny Fontenla-Novoa.

Weihagen was appointed deputy to Fontenla-Novoa in November, 2009, and in January this year was appointed chairman for Northern Europe and chairman of the Cook AG Board.

He has 35 years’ experience in travel, and was chief executive for northern Europe for MyTravel from 2001 until 2007, when he took on the same role following the merger with Cook.

He was also an executive director of MyTravel Group PLC between 2004 and 2007.

According to his Bloomberg BusinessWeek profile Weihagen joined MyTravel Northern Europe in 1975, and served as commercial director with responsibility for purchasing and flight planning.

He has also served as chairman of the Tour Operating Federation in Sweden, and has a degree in business administration and accounting from Gothenburg University.

In a note to staff this morning, he said: “By now you will have seen the communication from Manny regarding his decision to step down from his role.  As Deputy to the Group CEO, the Board has asked me to take on the role in the interim, while they conduct a search for a permanent successor.”

He added: “We are at the height of the summer season in the majority of our markets, so with just seven weeks to go in this financial year, it is important that we stay focused on making the most of the next few weeks.”