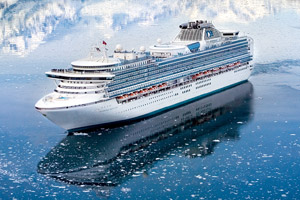 Carnival UK’s move to taking payments direct from customers has been branded more damaging to agents than its commission cut earlier this year.

As reported last week, Carnival UK has started to introduce new payment procedures for P&O Cruises, Princess Cruises and Cunard, with payments made direct to cruise lines rather than through agents.

Many agents are expected to oppose plans to move all trade partners to the new system within 18 months.

Mike Bartram, owner of Abbey Travel Worldchoice, said  the commission cut worked in his favour, but he called direct payment a “bankhanded swipe at the trade”.

He branded the move a “violent knee-jerk reaction” to the Gill’s Cruise Centre collapse, said to have cost Carnival in excess of £10 million.

“We have heard nothing about any heads rolling at the top of Carnival for allowing this situation to develop. Instead, they are now taking it out on the rest of the retail trade, most  of whom give them no trouble whatsoever,” he said.

However, Carnival sales director Giles Hawke wrote in Travel Weeklythat the days of operators offering agents “unsecured loans” to fund their businesses were over.

“There may be challenges for some agents to move to this arrangement in the UK, but it is the way forward for Complete Cruise Solution and others are considering the same move.”

Steve Odell, UK senior vice-president of sales and marketing at Silversea Cruises, said the operator would not emulate Carnival.

“I don’t think our model is broken,” he said. “This is a brave move by CCS. Part of agents’ business is that they manage money cleverly; this takes the freedom away from smart agents to do that.”