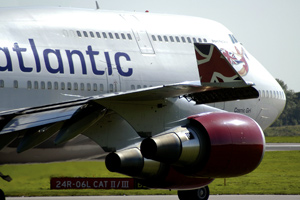 Virgin Atlantic confirmed its commitment to the Caribbean today as it revealed more than 10% of its passenger revenue comes from services to the region.

The carrier pledged to increase its presence on Caribbean routes despite announcing in June that it would stop flying to Kingston, Jamaica, from next April. The Caribbean is believed to have paid a higher price than other destinations for the sharp rise in UK Air Passenger Duty, as it falls into a higher tax band than the US.

Rose told the Caribbean Tourism Organisation’s State of the Industry conference in St Martin:  “We are proud of the business and revenue that is brought to the Caribbean through our presence and we are committed to extending that.”

He said Virgin would add extra flights this winter to Barbados, Cuba and Tobago and Grenada. The carrier will also increase the proportion of premium economy seats on its Caribbean services.