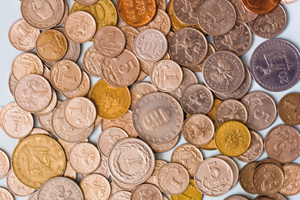 A super-complaint to the Office of Fair Trading about the amount travellers pay in foreign exchange rates has been issued by a consumer watchdog.

Consumer Focus estimates that charges to customers for exchanging money are around £1 billion a year. It believes a combination of complex charges and poor or misleading information means consumers are paying too much when buying foreign money or using cards overseas.

Because it is unclear how much of these charges are warranted and how much are excessive, the body is calling on the OFT to carry out its own investigation. It identifies three key areas for investigation:

The organisation is calling for a number of measures to help consumers:

Consumer Focus said customers would benefit from a clear illustration of the rates they will receive, for example, exactly how much foreign currency £100 will buy once all charges have been applied

Chief executive Mike O’Connor said: “Almost half of us travel abroad every year and we face a confusing array of often hidden charges every time we buy currency.

“Converting £500 into euros can cost from under £10 to over £30 depending on where you switch your money. This is a huge difference for essentially providing the same service and typically banks offer the worst deals.

“If holidaymakers buy their currency from the Post Office, travel agent or bureaux de change many are stung with cash withdrawal charges by their bank, effectively for the privilege of taking money out of their own accounts.

“Individuals buy holiday money infrequently and so may not shop around much or may just stick with the same supplier.

“A cocktail of confusing charges and poor transparency means collectively we are losing out in a big way. We are calling on the OFT to investigate and work with the industry to send these dubious and complex charges packing.”

A recent Twitter campaign orchestrated by FairFX.com saw 200 users call on the OFT to ban “0% commission advertising” in the foreign exchange sector. The OFT replied that it is considering the issue.