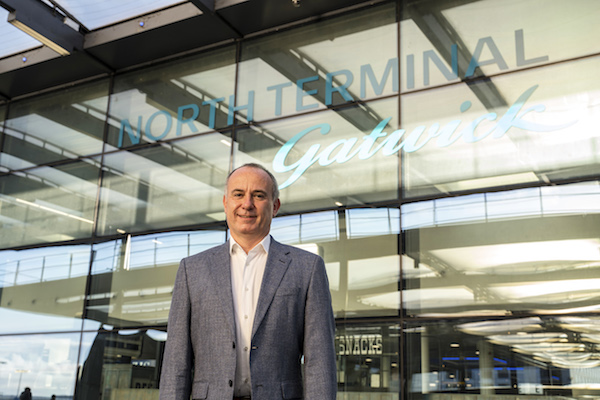 Four new routes are being introduced by Wizz Air this winter with the creation of a new UK base at Gatwick .

The budget airline will allocate one Airbus A321 aircraft to the hub and start serving destinations in Greece, Italy, Spain and Malta from October 22.

Wizz Air started flying from Gatwick in 2016, and since then has carried almost one million passengers.

The creation of a new base at the airport will enable the airline to raise capacity to 450,000 seats a year on the new routes to Athens, Naples, Lanzarote and Malta.

The expansion will create more than 40 direct jobs and over 125 indirect jobs in the Gatwick region.

The addition of the new routes from Gatwick and Doncaster Sheffield represents “significant growth” of Wizz Air’s UK network, with the airline operating 119 routes to 69 destinations from 11 airports.

Wizz Air UK managing director Owain Jones said: “Already the fourth largest airline group operating in the UK, today’s announcement of our new Gatwick base and four new routes reinforces Wizz Air UK’s position as a British airline that is growing, creating new jobs, bringing much-needed connectivity to the UK and so helping the economy get back in the air.

“Following on from last week’s announcement of a new Wizz Air UK base at Doncaster Sheffield airport, we stand ready to continue to support the UK’s recovery with further growth at key airports, if slot-blocking by other airlines is stopped allowing Wizz to deliver on our promise of providing affordable travel for all.”

Gatwick chief executive Stewart Wingate added: “This is encouraging news for Gatwick, particularly at a time when the industry has been so negatively impacted by Covid-19.

“Having a new aircraft based at Gatwick underpins the resilience of our business for the long-term and ensures we continue to offer our passengers great choice.

“This is a welcome indication of the positive conversations we are having with airlines – both existing and new – about securing Gatwick’s future.”