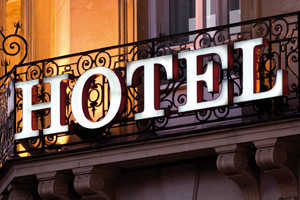 Cost-conscious travellers are turning to crisis-hit countries of Europe to look for bargain holidays, search trends on Hotels.com suggest.

The site reports that searches for economically-hit destinations such as Greece, Italy, Ireland, Portugal and Spain are surging.

The capital cities of these countries also saw substantial jumps, with searches for Madrid up 67%, Lisbon up 61%, Rome up 41%, Athens up 37% and Dublin up 8%.

Average room rates in Athens fell 15%, while Lisbon rates were down 3% in the first half of the year.

A Hotels.com spokeswoman said: “There are undoubtedly some good deals on hotel rooms at the moment and this applies to the eurozone as much as anywhere else. Hoteliers in some of the affected countries have cut their room rates to attract visitors because demand has slumped as domestic consumers tighten their belts.

“It could well be that savvy UK travellers are shopping around and targeting those destinations affected by the euro crisis in the hope of bagging a bargain.”