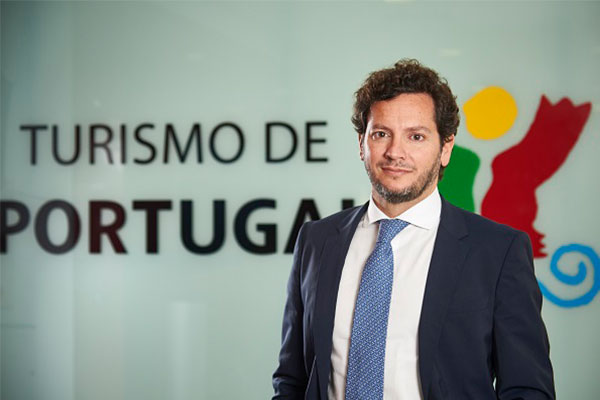 The European Travel Commission (ETC) has elected Turismo de Portugal boss Luís Araújo as president for the next three years.

The ETC, which represents 33 national tourism organisations of Europe, said Araújo will lead ETC’s efforts towards sustainable tourism recovery in Europe in the aftermath of Covis-19 in his new role.

Before his Turismo de Portugal job, Araújo was a board member at Portuguese hotel group Group Pestana, which operates more than 100 hotels in 15 countries, and led its sustainability department. He also served as head of the cabinet of the Portuguese Secretary of State for Tourism between 2005 and 2007.

“I am extremely proud to be able to lead the European Travel Commission on behalf of Turismo de Portugal namely in a period when European tourism faces one of its biggest challenges if not the biggest,” said Araújo. “One of the main goals is to ensure that tourism has a stronger voice in Europe and the EU, through better coordination among countries, in view of a quick and sustainable recovery of the tourism sector”.

Araújo replaces Peter De Wilde, chief executive of VisitFlanders, in the role – and will be supported by vice-presidents Robert Andrzejczyk from the Polish Tourism Organisation (PTO), Magda Antonioli from the Italian Government Tourism Board (ENIT) and the newly-elected Kristjan Staničić from the Croatian National Tourist Board (CNTB).