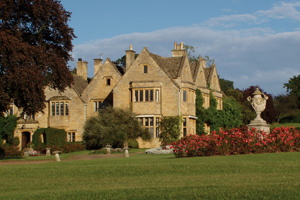 Four hotels in the Von Essen portfolio have been sold by the administrators of the upmarket hospitality chain.

The value of the deal was reported to have been £32 million although this has not been officially confirmed.

Angela Swarbrick, joint administrator, said: “We are pleased to announce the sale of four hotels from the Von Essen group with 119 staff moving across to the new owner. It is business as usual for the remaining hotels as we continue our sales strategy.”

In a statement Ernst and Yuong said Von Essen’s remaining hotels are not in administration and will continue to trade as usual while discussions continue with interested parties.

Von Essen Hotels Limited is the holding company of a collection of 27 private hotels based in the UK and France.

It was reported in September that Ernst and Young had received bids for 19 of the Von Essen properties including Cliveden in Berkshire and Bath’s Royal Crescent Hotel.

Further announcements on the sale of other hotels are imminent, the agent handling the sale Christie & Co saying there had been a great deal of interest.