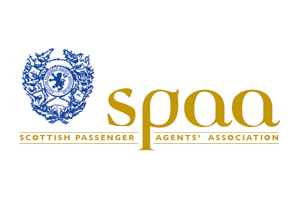 Scottish Passenger Agents Association president Kevin Thom said there will be “no winners from the government’s declared stance on this excessive and inequitable tax on business and leisure travel – and British business as a whole.”

Joining the industry’s chorus of criticism of the double inflation hike in APD from April, Thom added: “Words cannot express the anger and frustration we feel at this decision.

“We find it inconceivable that the government has not listened to, or heeded the very strong anti-APD messages that have been delivered to its door, time and time again.

“This may be a cash cow for the Treasury in the short-term, but the long-term damage to the UK and its economy will be huge.

“Along with our colleague organisations, the SPAA has invested considerable time, expertise and effort in responding to this government’s so-called consultations on APD, only to have our pragmatic arguments treated with contempt.

“There can be no winners from the government’s short-sighted action, and our active campaign against APD – in partnership with our travel sector colleagues – will continue.”