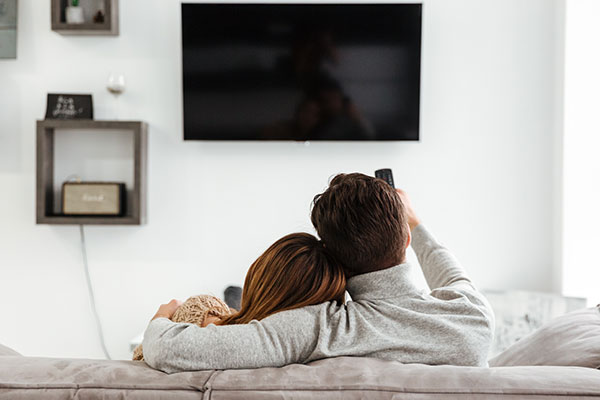 There are certain things in life that never change; things upon which you can always depend, year in, year out.

Prices rising is one; politicians not always be transparent a second, and travel companies advertising holidays on the television during the Christmas and New Year period is definitely a third.

But yet again, Covid-19 has changed everything this year.

The 2020-21 travel sector peaks period has been notable for its dearth of travel advertisements on the television. In past years, the agony of reviewing what the travel industry was advertising was about who to leave out and who to include, whereas this year finding who was advertising at all was the challenge.

And you can understand why. It takes a certain bravery for a travel marketing director to commission a new advertisement when there is so much turmoil regarding if, and when, people will be able to travel in the forthcoming year. So, I salute those marketing directors who decided not to play it safe but instead commissioned new TV campaigns for this year’s peaks season.

The class of 21 is not big, but should be remembered for keeping the holiday dreams alive for the British consumer when the times were dark.

On the Beach – Everything is better on the beach

For me, this was perhaps one of THE advertisements of the Christmas season, and possibly one of the best-crafted advertisements I’ve seen on television in many a year. 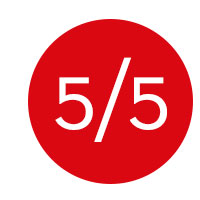 Once again, the On the Beach advert is narrated by, and stars, US singer and musician Iggy Pop, who this year features in the video.

With his distinctive voice against a haunting, but very memorable, soundtrack, every one of Iggy Pop’s words will resonate with every person watching.

From the opening line of “That was some year” to phrases like “lockdown loco” and “working from home became sleeping at the office”, every single line is a humdinger.

Add into the mix the visual of people of all ages, sizes, colours and shapes running in slow motion on the beach towards the ocean and you have a quite brilliant television advert – brilliant for the times, as it talks of hope and better times ahead.

And to top it off, the final line: “remember, everything is better on the beach” is the perfect tag line. This advertisement will take some beating, even in the years ahead.

Kuoni – Get carried away

I’ve always had a huge regard for the advertising of Kuoni over the years. Their “Travel worth talking about” campaign of previous years was one of the best for me and took travel advertising to new heights in terms of production levels. 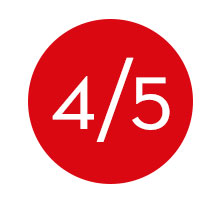 Rather than stick with their existing campaign however, Kuoni have been brave in putting a new creative onto our screens.

The offering this year, “Get carried away”, reflects on what many of us experienced in 2020.

Opening with the scene of an old suitcase in a cupboard looking suitably sad as it’s ignored, we move to scenes of people looking wistfully out of windows at home and restlessly draped on sofas reading; to glazed-eyed folk starring at their laptops with their mouse hovering over the “leave meeting” button in their virtual conference. The mood of 2020 is vividly summed up.

Against a very upbeat and energetic music bed, the advert segues into scenes of people getting ready for holidays; suitcases and travel bags are pulled out from under beds and the top of cupboards, drawers are opened and suntan lotions, passports and cameras gathered, holiday clothes are made ready from wardrobes and suitcases packed.

The sad-looking suitcase is liberated from the cupboard and looks suitably cheered up!

It’s a feel good advert that acknowledges what the public have been through and what they have to look forward to.

Jet2holidays – Package holidays you can trust 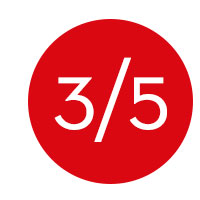 This year it has once again segmented its market with three different TV ads aimed at family, older couples and younger couples.

Working on the principle ‘if it ain’t broke don’t fix it’, the brand sticks with the Jess Glynne Hold My Hand song and its tagline “I’m ready for this”. You can almost imagine across the country, in every front room, viewers nodding their heads and agreeing with that sentiment.

Branding is strong – from the Jet2.com plane landing and the coach pulling-up at the hotel to the strap line constantly running across the screen with the Jet2holidays logo. And the voiceover offering a sales incentive of £100 off per person and 22kg of baggage included is a powerful call to action.

It’s not a sophisticated TV advert by any means – but it does the job, and I suspect it does it well, which is what you want for an advertisement.

And there is a nice touch about visiting your local independent travel agent too.

When you’re the biggest brand in travel it would be highly unusual not to lead the industry in trying to stimulate the market for the forthcoming year. So it was good to see the market leader back in the world of television advertising with “Nothing compares”. 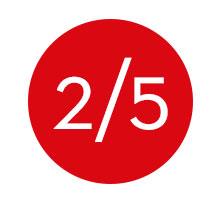 Opening to the voice over stating that “Nothing compares to a real holiday”, the Tui advert takes us through familiar holiday scenes, be it children running along white sandy beaches or racing into the surf to couples swimming in turquoise waters, dancing in the sunset or drinking cocktails.

In many ways it’s a standard travel TV advertisement.

Unlike some of its competitors it makes no reference at all to the pandemic or the lockdown and for that reason it doesn’t particularly resonate in the powerful way of other competitors.

Qatar Airways has a new TV advertisement for the turn of the year and, as one would expect from the brand, it is highly-polished and professional.

Highlighting the airline’s Covid-19 hygiene standards, the advertisement goes on to show fine dining at 30,000 feet, people using a flight to catch up on the latest movie and the airline’s claims to attention to detail and excellent customer service.

All of which, Qatar Airways claims, makes for a perfect journey.

My only criticism of the content is that, while it is very professional and polished, it lacks personality and warmth and comes across more as a typical corporate video for an exhibition stand than an advertisement for television.

Shearings, the iconic escorted coach tours brand that was rescued last summer by Leger Holidays, is back on our screens for the peaks period with a 30-second television advertisement that is being run on Channel 4, ITV North and across 20 plus digital channels across the country.

It’s not the most exciting or sophisticated advertisement you’ll ever see, but when you consider the target audience being 65-plus and more interested in safety and hygiene than adventure, and looking for the reassurance of escorted tours and familiar destinations, it’s spot on.

In all likelihood it may well be this target audience, first to be vaccinated, that may be the first to return to travel – and advertising is often about timning!

With its calm and warm voiceover, this advertisement is footage of a series of famous UK destinations – from Scotland to the South West of England – all attractive places to a target audience dipping its toe back in to travelling for leisure again.

Creatively, it isn’t going to set the bar high but it does the job and will certainly appeal to its target market.

2020 was not the easiest of years for any brand, but if you’re an airline it could be deemed the worst ever. So it’s refreshing to see easyJet facing the challenge of a tough 2021 with their winter sale supported by TV advertising.

The advert itself is workmanlike in its approach. Straight to the point, we see a woman on an easyJet aircraft flying the skies of Europe against the sound of a haunting piano and a voice singing “dream” while the voiceover tells us the easyJet sale “is now on” with 350,000 seats from £19.99 and £100 off package holidays per person. The branding and messaging is strong but creatively it is easily forgettable.

Ryanair have long been the perennial bad boy of travel marketing, showing little regard, it could be argued, for popular convention, taste or creativity.

So their latest TV advertisement, “Jab and go”, will be of little surprise to seasoned observers. The advertisement itself is a mere 20-seconds long, showing that the budget airline is a budget advertiser too.

Garish captions against stock photography of continental holidays has a voiceover that’s straight to the point. “Covid vaccines are coming – so book your Easter and summer holidays today” says the narrator as we learn one million seats are on sale from £19.99.

Typically for Ryanair, the advertisement sparked controversy in the media. With more than 40 complaints registered with Ofcom shortly after its first airing on television.

From an objective point of view the advertisement does the job – it gets the brand talked about and the offering known across the marketplace.

Will it win awards? No. Will it get bookings and sales? Very probably. And after all, that is the goal.