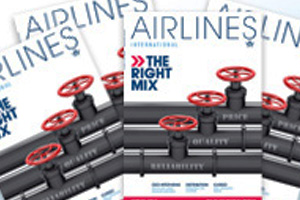 Iata has come under fire from organisations representing GDSs in Europe and the US for painting a “fundamentally false” picture of the industry.

They released details of an open letter sent to Iata director general Tony Tyler condemning a description of GDSs as being outdated.

The article, focusing on the unbundling of airline ancillary services, has been criticised for GDSs being depicted as being the bottleneck preventing the airline industry from bringing its innovative products to market.

The Ettsa and Utsa letter says: “We find it unacceptable that the GDS distribution channel is being called outdated when it is that same GDS channel that is today the most cost-effective tool for buyers of business travel to manage the complexity of supply, and in fact many airlines utilise the technology and products of the GDSs to run their websites – which get rave reviews in the article.”

They add: “It is understandable that certain distribution service providers, for commercial reasons, wish to downplay the value that GDSs are bringing to airlines and travellers around the globe.

“However, we find it regrettable that Iata endorses such isolated providers and publishes an utterly biased article in its flagship magazine without even giving the GDSs an opportunity to make their case in what is in our view a very important discussion about the future of distribution.”

They claim the article is “completely at odds with reality” and displays a lack of understanding by Iata of the role GDSs play for the vast majority of airline members.

“We can’t help but conclude that Iata has an agenda which openly disregards the realities of the market place,” the letter says.