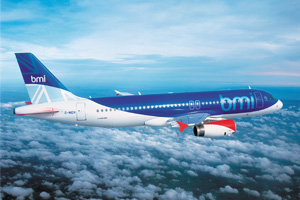 A complaint by BMI that airport charges at Heathrow unfairly discriminated against short-haul airlines and domestic passengers has been rejected by the aviation regulator.

The Civil Aviation Authority ruled today that it had not found evidence that Heathrow’s charges were unreasonably discriminatory.

But the CAA said: “Heathrow should be alert to harm arising in the future and ensure that, in reviewing its structure of charges, it ensures it continues to avoid abusing its position of significant market power.”

The authority launched an investigation and public hearing last July after receiving the compliant from BMI over changes to the structure of charges introduced in April 2011.

The decision came as Heathrow owner BAA revealed that passenger numbers across its UK airports rose by 2.5% in February to 7.3 million over the same month last year. Heathrow handled almost 4.8 million passengers, an increase of 3.8%.

There was a strong demand for all destinations except domestic routes and to Ireland.

North Atlantic traffic was up 7.4%, with other long-haul destinations up 1.3%. Passenger numbers on European scheduled routes were up 2.8%, while European charter traffic benefited from good skiing conditions and was up 17.1%.

“We’re delighted that China Southern Airlines has chosen Heathrow as the airport to link London with Guangzhou. We would like to welcome new routes from other airlines that could bring jobs and growth to the UK.

“The centre of gravity in the world economy is shifting to emerging markets and we need to forge new links with them. Instead, because of capacity constraints, we are drifting towards a future where the UK will be cut off from some of the world’s most important markets.”