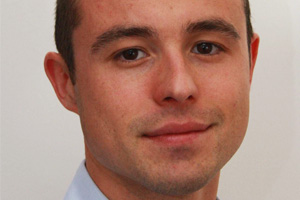 The eminent economist John Kenneth Galbraith once said ‘nothing is so admirable in politics as a short memory’.

Galbraith’s economic work may not have influenced yesterday’s Budget, but the Chancellor’s decisions around Air Passenger Duty (APD) show that this political observation remains as pertinent as ever.

George Osborne has made it crystal clear that the world’s highest air passenger tax is going to keep getting higher. Rates will increase by 8% – twice the rate of inflation – on April 1, and in 2013 they will increase yet again. In 2006 a family of four paid £80 in APD to fly to Florida in our Economy cabin.

From April next year they will be forced to pay £268, a 235% increase. With the government forecasting increases in APD revenue of a massive £1.2bn (to £3.9bn) over the next five years, who knows how much passengers will be expected to fork out by 2016/17.

Those of us with long memories, who remember pre-election comments, read government strategies, and listened to ministerial statements find these increases particularly hard to swallow.

I remember when George Osborne described APD as a ‘stealth tax’ in a 2007 television interview, only to see the 2012 rates published in a secondary Treasury document and not mentioned in the Chancellor’s autumn statement speech.

I remember the shadow Treasury minister Greg Hands in 2009 describing the cost of APD for a family of four travelling to the Caribbean under the previous government’s planned 2010 increases as ‘a lot of money for a family holiday’, only to see the same family of four now facing a tax bill of £332 in 2013.

I remember George Osborne’s 2011 Budget speech announcing an APD review which stated that his aim was ‘to improve the existing and rather arbitrary bands that appear to believe the Caribbean is further away from California’, only to see the banding structure remaining exactly intact after a six month consultation and despite only 6% of respondents calling for the status quo.

APD increases would be bad enough if they just affected the aviation industry, but APD is much more than a tax on airlines and passengers; it is a tax on business, trade and inbound tourism.

Ministers rightly see tourism as a vital sector for economic growth. Writing in the Tourism Strategy, the Prime Minister said the government would be ‘bringing a whole new approach to tourism, removing the barriers to growth and backing the industry all the way’.

The Strategy highlights the tourism contribution of visitors from newly-emerging middle classes in countries like Brazil, Russia, India and China, stressing that ‘pricing ourselves out of the mass middle markets would be a huge mistake’.

Yet the government responded by raising band C APD rates to £83 per passenger and increasing the cost of a visitor visa – even though the UK is already straggling behind our European rivals when it comes to attracting these tourists.

Yesterday was disappointing but I’m not despondent. Let’s not forget that in the recent years rates have gone up much more steeply, and we will continue to work hard to make the government listen to the industry.

Virgin Atlantic is a proud member of the Fair Tax on Flying Alliance and we’ve put our differences aside to work with rival airlines.

By working together and stepping up the pressure, we can ensure that the politicians are forced to remember their commitments.