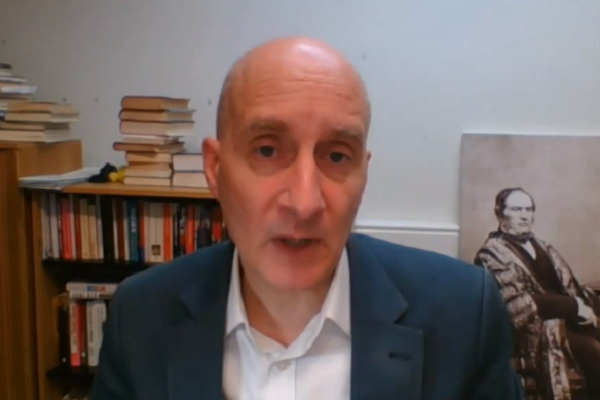 The former transport secretary believes the travel industry should not focus on the “fools gold” of an immediate pathway out of the pandemic, and instead prioritise sector-specific support from government.

Lord Adonis, a Labour peer who served in Gordon Brown’s government was speaking at the Institute for Travel and Tourism’s virtual forum when he said: “The roadmap that really matters is the roadmap for getting back to normal once we can see the end of the tunnel, What the plan is for returning to normal is hugely important.

But he said it was “fools gold” to pursue a pathways from government for when travel might resume while the crisis is ongoing.

“That’s what we tried to do last year, and partially did for a month or six weeks… and it didn’t really work, and I don’t think there’s going to be much appetite from policy makers for going through another phase of partially opening up before we get to full vaccination.

He said receiving financial support from government would mean companies in travel are “in a position to face the world post-Covid.”

Lord Adonis said the level of engagement from government had been “lamentable” and some of the decisions to implement restrictions “shockingly sudden”.

But he advised the industry: “Concentrate on support systems and make sure they’re adequate whilst we’re in this continuing public health emergency, and a proper, competent roadmap when we can see genuine light at the end of the tunnel and not, alas, another period of fools gold.”

Lord Adonis stressed he was “not defending the government” but said that, apart from state aid from countries who owned their own airlines there was no evidence of other governments supporting travel companies.

“The fact is that travel and tourism industries aren’t the first and most critical industries on the lists of politicians,” he said, adding that the crisis in schools and universities is a “much more immediate issue”.

Lord Adonis told the ITT audience that he expected no great change to travel behaviour and demand once the Covid pandemic is “dealt with”.

He said it was “very unlikely” there would be a “substantial opening up like last summer” until the vaccine was completely rolled out, noting the view in parliament was that “we opened up too much last summer, and that’s part of the reason we’ve had to have this very savage lockdown second time round”.

And he acknowledged the “absolutely desperate time” businesses in the travel sector are having, but looking forward said “I do not believe, and there is no evidence to suggest” that demand for travel will change dramatically once the virus has been “dealt with” and “becomes more like a regular annual flu issue”.

Quoting Mark Twain, and comparing the author’s famous saying when he saw his obituary in the local paper with people predicting a long-term hit to the travel industry, he said: “rumours of my death are greatly exaggerated”.

“If you look at what happened just in that very brief window last year when things started to open up again, human nature and normal human behaviour asserted itself very fast,” Lord Adonis said. “People couldn’t wait to get to their holiday homes and holiday destinations.

“We can expect that in a fairly short period of time once this crisis is over, which means once the vaccination has taken hold, then both commuting patterns and travel patterns more broadly – including the propensity to take holidays and tourism – will return to, broadly, pre-Covid levels.”

But he said there would be a bigger impact on commuter travel, adding: “I don’t think anyone’s going to want to take their holidays on Zoom, and their intake of sun and beach isn’t going to be possible remotely.

“Rumours of the death of our industry are greatly exaggerated – and the big determinant of this will be when vaccination is sufficiently widespread that we can open up and we don’t have a continuation of the public health emergency.

“We can see the light at the end of the tunnel with the vaccine rollout.”

Lord Adonis added that one implication on the industry of the pandemic could be big infrastructure such as Heathrow’s proposed third runway, which could be developed “slower” – though he noted it would affect hub traffic, not holiday traffic.