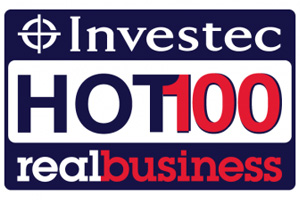 Home working agency Travel Counsellors has made it into a list of the UK’s fastest growing mid-sized private companies.

The Bolton-based company appears in 39th position in the Investec Bank Hot 100 complied from data filed at Companies House.

The companies that make up the top 100 have collectively achieved an average compound growth rate of 44% over the past four years and an average turnover of £150 million in their last financial year.

Travel Cousellors is recorded as having compound sales growth of 42% over the period with turnover of almost £75 million. It is one of only two businesses from the travel and leisure sector to make the list, the other being Allens Caravans in 26th position.

The firm’s managing director, Steve Byrne, said: “We are thrilled to have been recognised in the list as it reflects the professionalism and commitment of all of the people in the business and the care they show for each other and their customers. They deserve the recognition and accolades for being exceptional at what they do.”

When asked which sources of finance they would draw on over the next 12 months, 75% said ‘retained earnings’. 17% intend to raise external equity finance.

Some 77% plan to target international markets next year, but this is not because they fear about the future of the UK economy – only 17% anticipate that it will have a significant impact on their ability to grow.

The success factors most frequently quoted are ‘delivering exceptional customer service’ and ‘innovation’, quoted by one in five.  This is closely followed by ‘focus’, ‘investment systems’ and ‘team’, which were quoted by 17% of those interviewed.

When asked what would help them grow even faster, the most common factors quoted are ‘access to better skilled staff’ and ‘access to further funding’ – both quoted by a quarter of respondents.

This was closely followed by ‘more capable managers,’ and ‘assistance to enter new overseas markets’, quoted by 21% of those surveyed.

Investec spokesman Ed Cottrell said: “The 2012 Investec Hot 100 is a fascinating piece of research into high-growth businesses.  Some sectors stand out as strong and downturn-resistant: information technology, outsourced services, which are taking up functions formerly held within government and large corporates, and niche and budget retailers, which cater to price sensitive consumers.

“The Investec Hot 100 reveals the gradual emergence of a new generation of world-class UK businesses that with proprietary technology and an appetite for international markets, will be the global players of the future.”