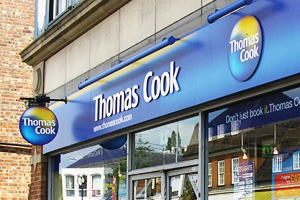 Thomas Cook has agreed a new £1.4 billion financing package with its banks which will extend the maturity of its financing until May 31, 2015.

The agreement follows the conclusion of a strategic review into the business after a series of profit warnings and the departure of chief executive Manny Fontenla-Novoa last year.

In addition to the extension of the maturity, the deal also includes no fixed repayments and will allow Cook to retain net proceeds from certain disposals to provide additional liquidity.

Sam Weihagen, chief executive of Thomas Cook Group, said: “Today’s announcement highlights the confidence our lenders have in Thomas Cook and we are delighted that they have demonstrated their on-going support.

“We continue to make good progress in strengthening the Group’s financial position, and our disposal plans, including an aircraft sale and leaseback, are proceeding well.”

A statement from Cook said the £1.4 billion package comprised a £150m amortising term loan, an £850m revolving credit facility, a £200m liquidity facility agreed in November 2011 and a £200m bonding and guarantee facility.

The strategic review carried out by the Thomas Cook board resulted in five key findings. These were:

Continuing to drive the turnaround of the UK business;

Build on the solid performance in the Northern and German businesses;

Reduce debt and improve the resilience of financing and capital structure through asset disposals, the proposed sale and leaseback of aircraft and minimising financial commitments;

Frank Meysman, group chairman, said: “I would like to personally thank Sam Weihagen, Paul Hollingworth and the team for the actions that they have taken and continue to take to strengthen the Group’s financial position.

“This bank agreement, together with these actions, places Thomas Cook on a much firmer footing. The search for a long-term Group CEO is progressing well.”