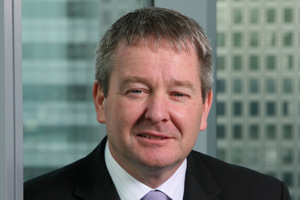 By Mike Saul, head of hospitality and leisure at Barclays

What a week it’s been.

The future of the euro zone is once again in the limelight following eventful electoral decisions, and the excitement around this summer’s festivities is gathering pace with the extra bank holiday less than a month away.

But what exactly does this all mean for the travel industry?

Time and again we have seen that no matter what has been thrown in the average travellers’ direction, they are unwilling to give up their much-needed foreign holiday.

While the Office for National Statistics’ (ONS) most recent outbound figures show that travel numbers are flatlining, they highlight that consumers are doing the best they can to continue as usual.

Whether it’s news of a possible double dip recession or the possible impact of a eurozone fallout, consumers are not changing their behaviour.

Indeed there is a sense that the austere environment, in the UK at least, is being viewed as the new norm.

Consumers are adjusting their lives as best they can to meet the financial headwinds bearing down on them, without meaningfully affecting those activities they do not want to go without.

On a year-on-year basis travel numbers are up but, significantly, spending is down (by 2%).

The turbulence in Europe, however, is bringing some of the most favourable exchange rates to euro-bound travellers in nearly four years.

This is positive news for the increasing numbers of holidaymakers opting for trips closer to home.

As the reality of the 8% rise in APD begins to hit home we may find that the rising numbers of travellers who choose Europe as their destination of choice continues to gather momentum.

Indeed over the past year ONS figures show that visits to Europe have increased 2% to 43.5 million, whereas trips to North America and the rest of the world were down 5% and 3% respectively.

The cloud over the eurozone may actually have a silver lining, if only for travellers.

What about operators? Clearly concerns of what would happen if Greece, for example, were to leave the euro will be playing on many operators’ minds.

But managing currency volatility may prove a more immediate concern with money markets responding to events on a daily basis.

Given this uncertainty, operators may want to consider exploring hedging options.

Now on to this summer’s festivities.

Much has been said about how the UK stands to benefit from a summer packed with Royal and sporting events, but equally there have been reports that it may see swathes of people leaving or at least avoiding the capital.

The energy, excitement and ‘feel-good’ factor that this summer’s events will bring cannot be denied.

And while we may see small numbers of people seeking to escape and take advantage of the extra bank holiday, many more will opt for a staycation, trumping tropical travel to the benefit of our domestic operators and of course the wider hospitality and leisure industry.

With that in mind, I’m very much looking forward to a summer of what promises to be an action-packed and event-filled time, both on and off the field.