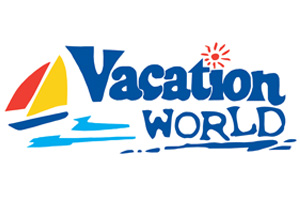 At least twenty jobs out of 55 have been saved after Vacation World ceased trading on Wednesday.

The 14-strong agency chain in the southwest closed after a deal with Midcounties Co-operative fell through at the last minute.

Hays Travel managing director John Hays said three shops had reopened yesterday under new management. The shop in Cheadle has been taken on by Doug Wardle, who once had a chain of 52 shops and was on the Abta board, and will be called Wardle Travel.

The shops in Torquay and Dartmouth are being taken over by branch managers and will become members of the Independence Group. A further six former staff will become Hays homeworkers and continue to service their Vacation World clients.

Hays said: “We have had a really heartening response from staff.  Several have contacted us to say could they become homeworkers so that’s a really nice solution for them. Overall I’m really pleased.”

Vacation World owner Stuart Arnott told Travel Weekly he had been forced to close the shops after Hays Travel scuppered the deal with Midcounties. “The failure of the Midcounties deal was 100% down to Hays because it wouldn’t allow forward bookings to be transferred to Midcounties,” he said.

However, Hays said Vacation World had been insolvent for two years and he had “nursed” it along since then. “On a monthly basis I was giving him short-term interest-free loans to pay his staff.

“We would never terminate a membership if there wasn’t a valid reason. The Independence Group has been around since 1995 and in that period this has only happened a handful of times.”

Documents on Companies House reveal that Napco, the company behind Vacation World, set up an individual voluntary arrangement in July 2011.

This allows a debtor to come to an arrangement with his creditors to pay his debts in full or in part over time as an alternative to bankruptcy. The company owed more than £787,000, mostly to HM Revenue and Customs .