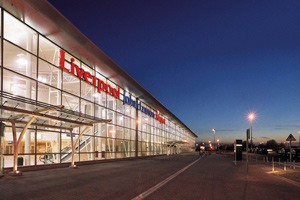 The prospect of a new two-tier rate of Air Passenger Duty – with lower charges for regional flights being compensated by a higher duty in the south – is under consideration.

Among these is the idea that passengers from Heathrow and Gatwick would pay higher APD to persuade airlines and passengers to use less busy regional airports.

Economic secretary to the Treasury Chloe Smith reportedly revealed that variable rates were being considered at a meeting with the owners of the Merseyside airport. Government-commissioned research would be published in weeks.

It is thought the study could emerge to coincide with the government’s aviation policy review proposals this summer.

Labour MP for Sedgefield Phil Wilson, who organised the meeting, told the Sunday Express: “It seems the government wants lower passenger duty in the north, which would help airports that have struggled.”

There is concern that regional airports could be further hit if the Scottish Executive is allowed to set its own levels of APD.

Peter Nears of Peel Holdings, owner of John Lennon airport, was reported as saying after the meeting with the minister, that regional rates could help re-balance the industry.

“Air operators are moving out of Europe during the current economic turbulence but we have an opportunity to make them invest in the UK, to bring them back. I think what we have been saying on this is beginning to bear fruit,” he told the newspaper.