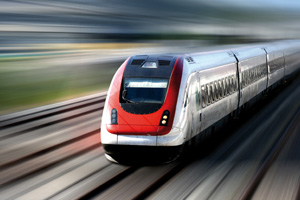 Confirmation of a £500 million rail link giving direct services to Heathrow from the west country, the Thames Valley and Wales is raising speculation that a third runway could be built at the airport.

Analysts said it would be strange for the government to approve a western rail link to Heathrow if ministers were subsequently going to support a Thames estuary airport, the Financial Times reports.

Douglas McNeill, analyst at Charles Stanley Securities, is quoted as saying: “Directing more investment towards Heathrow suggests that it remains much more central to policy makers’ thinking than an estuary airport.”

Edward Stanford, analyst at Oriel Securities, adds: “This decision on the £500 million rail link gives the government more options in terms of potential Heathrow expansion, but it is probably justified simply in terms of relieving pressure on Paddington station.”

The proposed western rail link is likely to open after 2020, while Heathrow operator BAA estimates a third runway could be operational some six to 10 years after ministerial authorisation.

Transport secretary Justine Greening hinted at possible frustration that Downing Street had ordered her to delay a planned strategy document on how to preserve the UK’s status as a leading aviation hub, the newspaper says.

She was ready to publish the “call for evidence” document last week, but it has been delayed until the autumn at the earliest, partly because of tensions inside the coalition.

Greening, who campaigned against a third runway at Heathrow when the previous Labour government backed the airport’s expansion and has insisted she remains opposed to expansion of the airport, said:

“We will need to kick off this debate, to talk about longer term how we make sure we have the capacity our country needs, particularly at its hub airport, to allow our economy to grow.”

While the Conservatives are increasingly receptive to the case for Heathrow’s expansion, the Liberal Democrats are steadfastly opposed to new runways in the south-east, according to the FT.