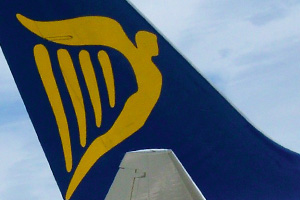 Ryanair has denied pressuring pilots to restrict the amount of fuel they carry following allegations by the Irish Airline Pilots Association (IALPA).

The carrier is under investigation by Spanish air authorities after three of its aircraft made emergency landings at Valencia last month due to shortages of fuel.

IALPA increased the pressure on Ryanair yesterday, accusing the airline of “making pilots uncomfortable about taking extra fuel when they feel they need extra fuel”.

The investigation in Spain follows the diversion of three Ryanair flights from Madrid to Valencia on July 26 due to thunderstorms.

The aircraft went into holding patterns over Valencia but subsequently each requested to make an emergency landing.

In each case the pilot requested to land immediately as they were reaching their reserve fuel level – in one case after 50 minutes, in the others after 68 and 69 minutes.

Ryanair insisted that each aircraft had an additional 30 minutes-worth of fuel and a spokesman rejected the IALPA allegation, saying Ryanair “was never going to put fuel before safety”.

The airline said it had reported the incidents to the aviation authority, prompting the investigation.

A spokesman said: “They weren’t emergency landings, they were normal landings. All Ryanair flights operate with the required levels of fuel. This includes fuel for re-routings, diversions and unforeseen events.”

However, a Spanish government official said the investigation followed a complaint by Spanish airport operator Aena.

The Spanish consumer association Ceaccu was also reported to have filed a complaint requesting a suspension of Ryanair’s operating licence.

The Irish newspaper the Sunday Independent reported that Ryanair requires pilots to keep refuelling to a minimum and insists they justify in writing any excess fuel they take on board.

A Ryanair spokesman told the Irish Times pilots were not under pressure to take less fuel, but that if they take additional fuel “they need to let us know”.