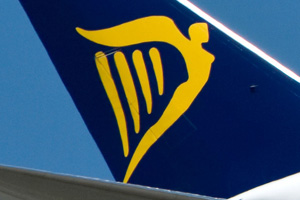 Ryanair has confirmed its interest in taking a stake in Stansted, informing the Stock Exchange it has had talks “with a number of parties interested”.

The carrier has also instructed lawyers to go to the Court of Appeal in an attempt to halt a Competition Commission investigation into the competitive impact of its stake in Aer Lingus.

In a Stock Exchange announcement, Ryanair “confirmed it is willing (subject to a competitive cost offer) to deliver traffic growth at Stansted over a five-year period and has been asked to consider acquiring a minority stake (of less than 25%)”.

A Ryanair spokesman said: “We are interested in taking a stake in the airport. The sale of Stansted will lead to improved passenger numbers.”

Stansted’s current owner, Heathrow operator BAA, confirmed this week it would bow to a Competition Commission ruling to sell the airport. Manchester Airports Group (MAG) is expected to be among the bidders for Stansted.

Separately, Ryanair will apply to the UK Court of Appeal for permission to contest a ruling by the Competition Appeal Tribunal allowing regulators to investigate the carrier’s holding in rival Aer Lingus.

The tribunal denied Ryanair leave to appeal on Monday.

The Competition Commission is investigating an Office of Fair Trading referral. The OFT argues Ryanair’s ownership of a near 30% stake in Aer Lingus threatens competition in the UK market.

The Commission could order Ryanair to sell the stake in the same way it ordered BAA to sell Stansted. Ryanair argues its stake in Aer Lingus is outside the jurisdiction of the UK Competition Commission.