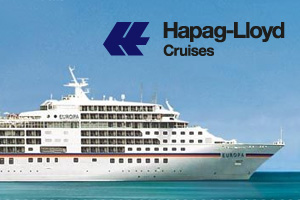 German company Hapag-Lloyd Cruises has launched its first English brochure in a bid to grow in the UK.

The ship, due to launch next year as a sister vessel to Hapag-Lloyd’s MS Europa, will cater for both German and English-speaking passengers.

Julian Pfitzner, head of product management at Hapag-Lloyd, said the company’s long-term aim was to increase its non-German speaking clientele to 10%-15% of the total.

Pfitzner said the cruise line’s German customers welcomed the prospect of having international guests on board.

“Our passengers enjoy an atmosphere that is more cosmopolitan,” he said, suggesting Hapag-Lloyd customers tend to be professionals used to rubbing shoulders with people from other countries.

The five-star Europa 2 will feature a programme of entertainment that is “largely language-independent”.

Announcements will be in both German and English, with English-language shore excursions offered on selected cruises. Hapag-Lloyd is offering agents an additional 2% commission for new customers, on top of the 10% standard commission it pays.

Pfitzner said: “2% may sound little, but when you think of the fares we are talking real money.” Europa 2’s maiden voyage takes place next May 11-25, sailing from Hamburg to Lisbon.