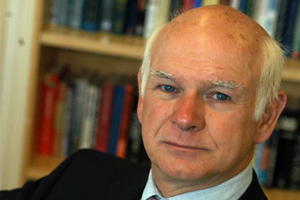 More details are due to emerge today of the independent inquiry into UK airport capacity.

Sir Howard Davies, appointed by the government to lead the inquiry, will set out who will sit on the commission and what it will examine.

His report is due in 2015, but the decision on whether to support its recommendations will not be taken until after the next general election.

The government has resisted pressure to build a third runway at Heathrow in the face of many businesses and airlines lobbying for expansion at the airport.

Sir Howard will report interim findings next year after being charged in September to look into the issue of airport capacity by transport secretary Patrick McLoughlin.

He told BBC Radio 4’s Today programme: “Our preparatory work will help the next government to have ‘a flying start’ on decision on airport capacity in southeast England.”

This week Tory peer Michael Heseltine added to the growing number of claims that a decision on airport capacity is needed more urgently than is currenrtly planned under the Davies inquiry timetable.