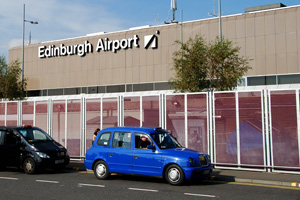 One airline should provide strong competition with British Airways on key Scottish routes into London, a poll of agents in Scotland found.

The new research by the Scottish Passenger Agents Association  found that 97% of agents support a single airline to compete with BA on routes between Aberdeen and Edinburgh to Heathrow.

The survey follows the EU’s decision forcing BA to relinquish 12 of its slot-pairs at Heathrow as part of its takeover of BMI earlier this year.

Seven of these slot-pairs are reserved for the flights between Aberdeen and Edinburgh to Heathrow.

Aer Lingus and Virgin Atlantic have submitted plans to the EU to operate the 12 newly available daily flights, with the SPAA strongly backing Virgin’s bid.

The airlines will find out early next month which has been awarded the routes.

The survey also found that an overwhelming majority (93%) of agents in Scotland would be “very concerned” that fares could rise if no airline was selected to operate the ‘slot-pairs’ on either route.

80% of agents said however that airlines that cannot demonstrate the “ability to offer convenient connecting flights from Heathrow to popular long-haul destinations” should not be offered the slot-pairs.

The survey is based on responses from more than 30 Scottish travel agencies who were polled last month.

The results follows a letter sent by five MSPs calling on the EU to “offer Scottish passengers a strong alternative to British Airways” on the Aberdeen and Edinburgh to Heathrow routes, which carry 1.8 million passengers a year.

They say just one airline should be awarded the available slots to ensure robust competition to BA.

BA will retain eight daily return flights between Aberdeen-Heathrow and 12 between Edinburgh-Heathrow from April next year.

So even if one airline is awarded all 12 slot-pairs and then splits them 50/50 between the Aberdeen and Edinburgh routes, they will still face a significant competitive disadvantage.

“This would then be further exacerbated if the available slot-pairs were split between a number of new entrants” according to the MSPs.

SPAA President Kevin Thom said: ”Of course, as leisure and business travel providers we work closely with BA and other existing Anglo-Scottish carriers, but we also recognise that Scotland and its travellers really need this additional capacity.

“We are confident that Virgin Atlantic’s plans are well-conceived and their commitment is long-term, and we support their view that the slot-pairs must be allocated en bloc – to make the services both viable and sustainable.

“Above all, we firmly believe Virgin Atlantic’s presence on the Anglo-Scottish routes would strengthen, stimulate and expand the market for all airlines operating here and encourage Scots to travel more and further.

“The SPAA is very supportive of this bid by Virgin Atlantic to operate services between Heathrow, Aberdeen and Edinburgh, which would result in it having the ability to target both point-to-point UK domestic passengers, as well as connecting opportunities to key global destinations.”