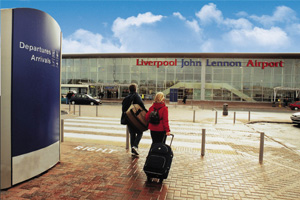 A new chief executive has been named for Liverpool John Lennon airport.

He replaces outgoing chief excutive Craig Richmond, who leaves the post on March 1 to take up a senior position within the group network in Cyprus.

Richmond said: “This is an exciting time for Liverpool John Lennon airport.

“There were a number of announcements made towards the end of last year, including new routes from Ryanair and easyJet and the signing of a long-term deal with Wizz Air.

“We also came to an agreement with Norwegian – Europe’s third-largest low-cost airline – that will see them commence flights from Liverpool for the first time, with a service to Copenhagen in the spring.”

Vantage Airports UK is the new name for the partnership between Vantage Airport Group and The Peel Group which jointly owns Liverpool airport.

The new branding aligns the company more closely with majority shareholder Vantage Airport Group, an investor, developer and manager of airports around the world.